A man and a woman attacked two boys outside Sunnyridge Primary School, in full view of parents, students and security guards. 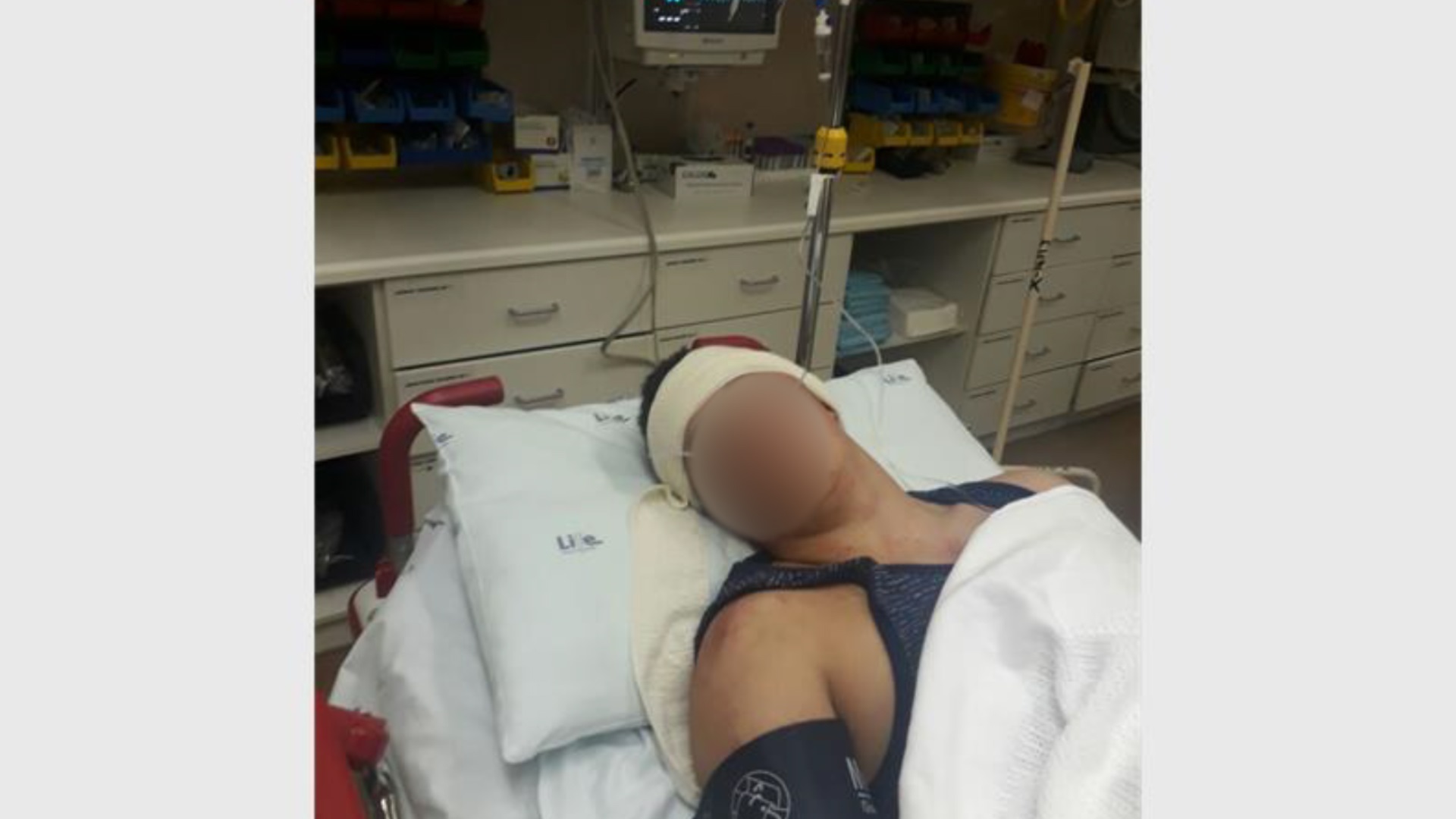 Two boys aged 16 were allegedly assaulted by two adults, a man and a woman, on March 16, outside Sunnyridge Primary School in Germiston, Germiston City News reports.

The teenagers were waiting outside the school to collect their younger siblings.

An altercation allegedly ensued when the man struck the boys as he made his way out of the school.

“When he first walked into the school he asked why we were giving him funny looks, which we weren’t.

“When he walked out he slapped me on my head and he struck *Phillip as well, and we both retaliated,” said the other victim of the assault, who wishes to remain anonymous.

The boys claims they asked him to stop the assault but that moments later, a second adult, a woman, appeared.

According to witnesses, she swung what looked like a sock filled with marbles or rocks at the boys.

The one boy managed to escape and went to call for help.

Despite attempts by security guards and teachers to intervene, the two continued attacking Phillip while hurling racial slurs and threatening anyone who tried to help him.

While all of this was happening, Phillip’s father, Earl, was in the principal’s office with the principal Marianna Odendaal for a parents’ meeting.

“A group of children rushed into the office requesting that we call an ambulance as one child had been injured outside the school.

“Moments later, another group came in to tell me that it was Phillip who had been injured and we had to call an ambulance.

“I called the ambulance and rushed outside,” said Earl.

Upon his arrival, Earl found his son on the ground, with his head being cradled by a bystander who was trying to put pressure on the wound on the back of his head using his shirt. 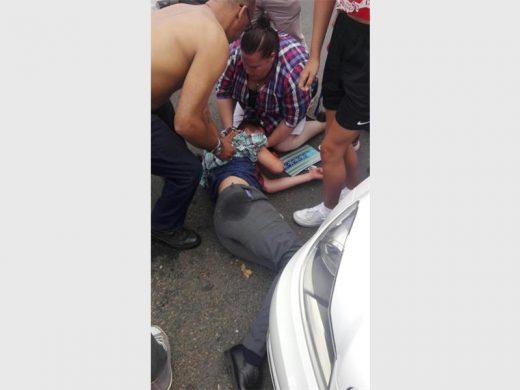 Phillip lying on the ground surrounded by witnesses who are trying to stop the bleeding before paramedics arrive. One witness took off his shirt to try stem the bleeding from Phillip’s head.

“I charged up to the two parents and they sped off in their car.

“They left in such a hurry, they even left without their children,” said Earl.

When the paramedics arrived, they were able to give Phillip the medical attention he required and rushed him to Life Roseacres Hospital, where he spent two days.

He was rushed back last Tuesday after having a seizure. The other boy escaped with minor injuries. 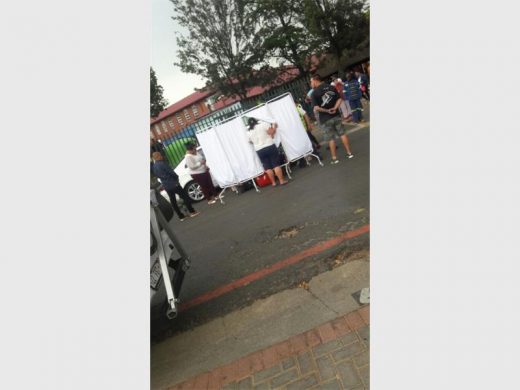 Paramedics providing medical attention to Phillip on the scene.

“Our children have not been to school since the incident happened; we fear that if they leave the house they may be attacked once more, we don’t feel entirely safe even at home.

“We have opened a case of assault with intent to cause grievous bodily harm against the couple. I have also contacted the investigating officer to no avail,” said Earl.

“We are investigating a case of assault with intent to cause grievous bodily harm. Two suspects were arrested and they appeared in the Germiston Magistrate’s Court and the matter was postponed to April 26 as investigations continue,” said Sgt Styles Maome, the communications officer for the Primrose SAPS.

Germiston City News requested comment from the department of education, Ekurhuleni North District on March 19 regarding the incident, but none was forthcoming at the time of going to press.

Although a number of attempts were made via telephone and email to attain comment from the principal of Sunnyridge Primary, none was forthcoming.

*Names have been changed.