More than 7 000 cars pass through the garage every day. 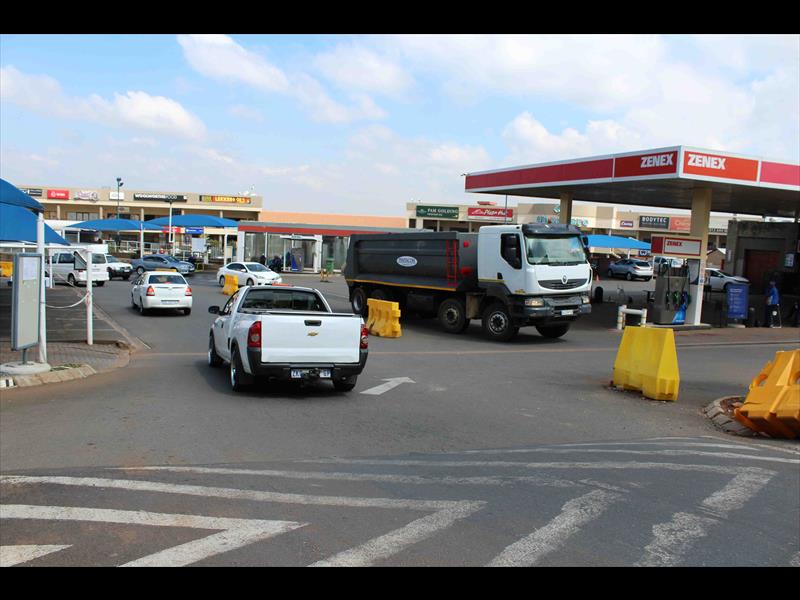 A business owner in Centurion has found out the hard way that “no good deed goes unpunished”.

Phillip Louwrens, who owns the Zenex filling station on the corner of Jean Avenue and Gerhard Street, opened up his premises as a detour for motorists who could use the road after the sinkhole last year.

Louwrens told Centurion Rekord that when he agreed to the deal with the Tshwane metro, his condition had been that a heavy-vehicle prohibition would be effected because his place was not constructed for heavy vehicles.

“More than 7 000 cars pass through the garage on a daily basis, and this includes heavy vehicles. The concrete sheet on this premises was not designed to endure an influx of this magnitude,” he told Rekord.

“My request to the metro for a heavy-vehicle restriction has been ignored.

“I can’t stop truck drivers because since there is no restriction at the intersection, they come through.

“Once you have entered the road there’s no turning back, so they end up without an option but to drive through my garage.” 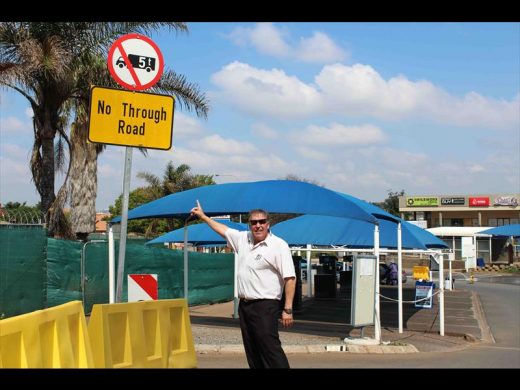 Phillip Louwrens pointing at the signage situated at the fuel station.

Louwrens said he didn’t know what to do any more.

The metro’s response will be communicated in the follow-up article.