The order was granted by agreement between the city and the occupiers. 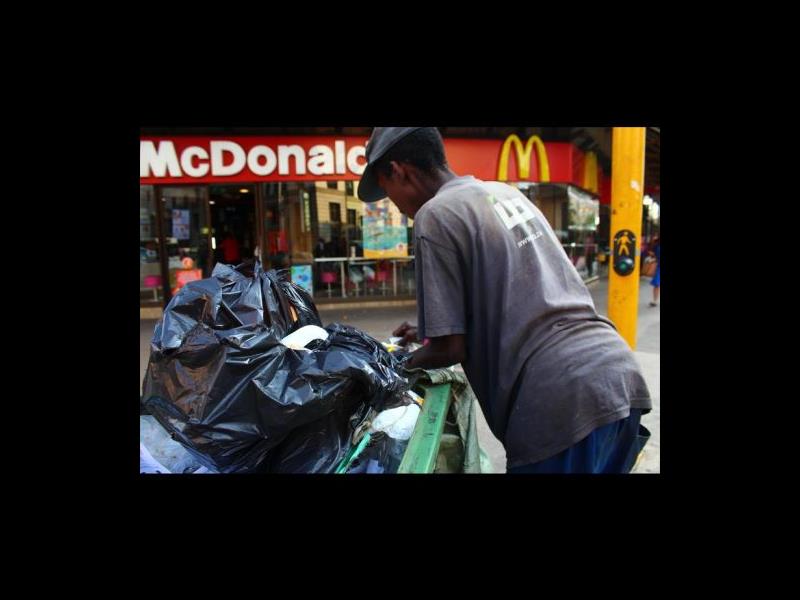 A homeless man goes through the trash. Photo: Thato Mahlangu

The Tshwane metro has agreed to compensate the homeless men whose belongings were lost during an eviction, Pretoria East Rekord reports.

The group of men, who lived in Princess Park, Tshwane were removed by the metro in February.

Lawyer Hlengiwe Mtshatsha of Lawyers for Human Rights (LHR), who represented the men, said the metro agreed to pay R1 500 for lost personal belongings in an out-of-court settlement.

“We view this case as a victory as the metro was able to pay to relief money which is meant to replace belongings which were lost by our clients,” Matshatsha recently told Pretoria East Rekord.

She said the court had also ordered that the metro inform LHR whenever it planned a City cleanup.

LHR spokesperson Carol Mohlala said the 24 men lost valuable items including ID books and cards, cellphones, clothing and other personal belongings after the metro confiscated their personal property as it tried to force them out of the park.

She said the metro had failed to notify the group of the pending eviction.

“When they confiscated their property, they did not give them an opportunity to salvage their valuables. Instead, the occupiers were told that if they wanted to retrieve their personal belongings they must go to the dumpsite in Rosslyn, north of Pretoria.”

Mohlala said LHR had written to the city manager and the mayor to try and resolve the matter, without success before it approached the Pretoria High Court.

She said in an affidavit, the city manager had admitted the metro removed the property and offered compensation.

Chairperson of the Tshwane Homelessness Forum Stephan de Beer said: “I am glad the city manager took ownership for the city’s handling of the situation, and was prepared to pay compensation to the homeless victims.

“I am also delighted that the city agreed to do their operations in future in consultation with LHR and in ways that are legally correct.”

The metro had not responded at the time of going to press.

Listen to the sound clip below: