A jewellery store was the target of a robbery on Sunday. 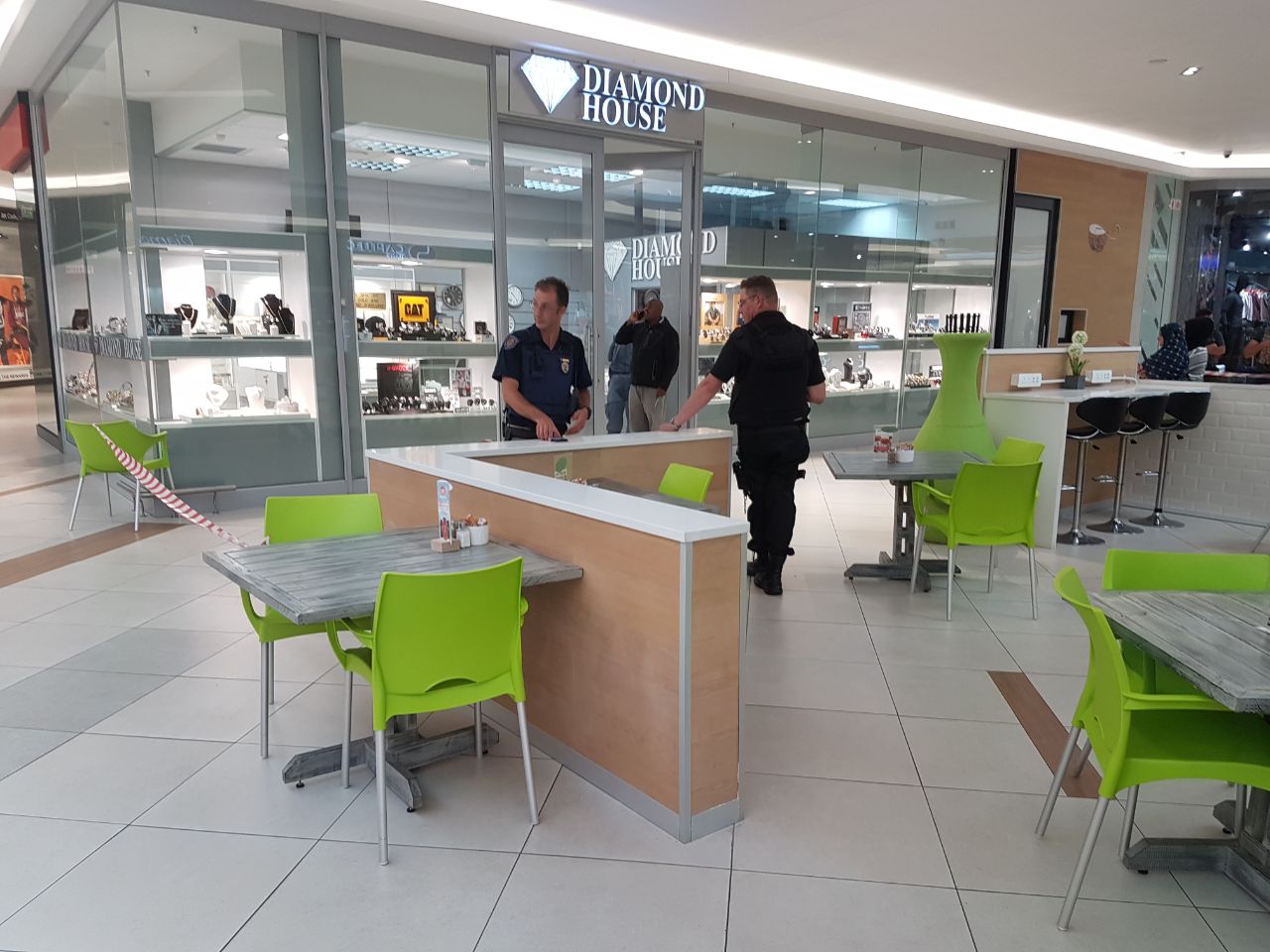 The shop that was robbed this morning at the Springs Mall. Photo supplied by police on scene.

Amoret D’Arrigo, marketing manager at the Springs Mall, has released the following statement with regards to the robbery at the mall on Sunday morning, Springs Advertiser reports.

“No one was injured during the robbery at a jewellery store, Diamond House, which occurred shortly after opening this morning.”

She says security and SAPS responded immediately, and that police are currently busy with their investigation.

A jewellery shop in the Springs Mall was targeted by robbers on Sunday.

“Details currently available to us indicate that three suspects held up employees of the store before fleeing with an undisclosed amount of jewellery.

“On leaving the mall, they fired warning shots to discourage security from chasing them.”

Another three suspects were waiting outside to help them escape.

D’Arrigo says: “We are giving the SAPS investigation our full support, including state-of-the-art security camera footage of the incident.

“We would like to assure our shoppers that their safety is our utmost priority, and thank our security team and the SAPS for their fast and professional response.”