Shortly after withdrawing R150k from FNB Bank at Saveways Crescent, Mpumalanga, a man was robbed at gunpoint. 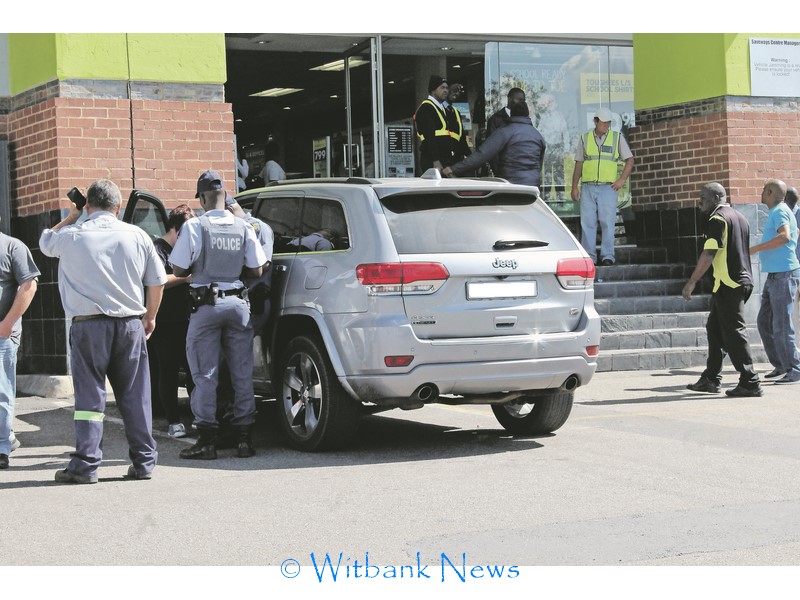 Shortly after withdrawing R150 000 from FNB Bank at Saveways Crescent, Mpumalanga, a man was robbed at gunpoint, Witbank News reports.

The victim, Derick Outram, is so outraged about the incident that he now reverts to paying his clients with cheques and making electronic fund transfers. Mr André Vickery (a car guard) shows how close the suspects held the gun near his face on Thursday, April 19 during an armed robbery at Saveways Crescent.

Outram and his wife, Zelda, withdrew the large sum of money on Thursday morning, April 19. Being in the scrap metal business, Outram needs cash to pay clients.

“I was inside the car and Zelda was about to climb in when a man with a 9mm pistol banged on my window. The man shouted at me and told me to open the door. My first thought was Zelda’s safety. I opened the door and the man asked me where the money was.”

“I thought it was someone trying to scare Derick. Then I saw him putting up his hands and a man holding a 9mm against his stomach. A million thoughts ran through my brain,” Outram said.

A second man went over to the passenger’s side and pushed the barrel of a gun into Outram’s back as she tried to flee. The pushing and grabbing of her handbag caught the attention of a car guard who came running to help.

As the car guard, André Vickery got to the passenger door to ask the suspect by the door what he wanted, a third man with an AK47 came around from the driver’s side of the door and pointed the weapon at Vickery. Vickery recalls the suspect with the gun pointing at close range at his face.

“The man started shouting ‘get away here you bastard’,” Vickery said. 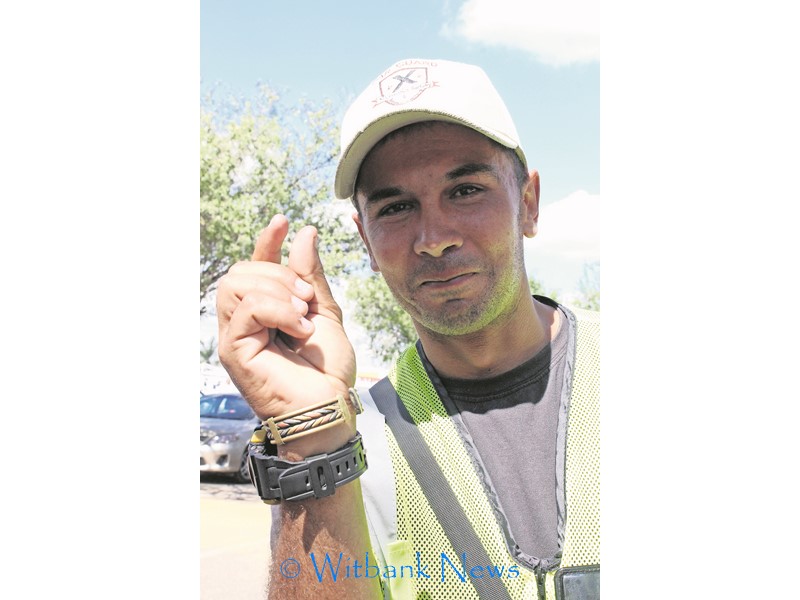 Without hesitation he turned his back and walked away from the suspects and took cover behind one of the cars parked in the parking area.

The men searched Outram, took his car keys and ran to a blue VW Polo and drove off.

“A person can not withdraw any money without being a target. I have been robbed five times already and friends and family close to me more than I can count on both my hands,” he said.

Still haunted by the robbery, Outram said everything happened in a split second. She wants to thank Vickery who came to help, and the police who were on scene within minutes.

No feedback from FNB or Saveways Crescent management was received at the time of going to print.