Government is urgently looking into ways to fast-track repairs. 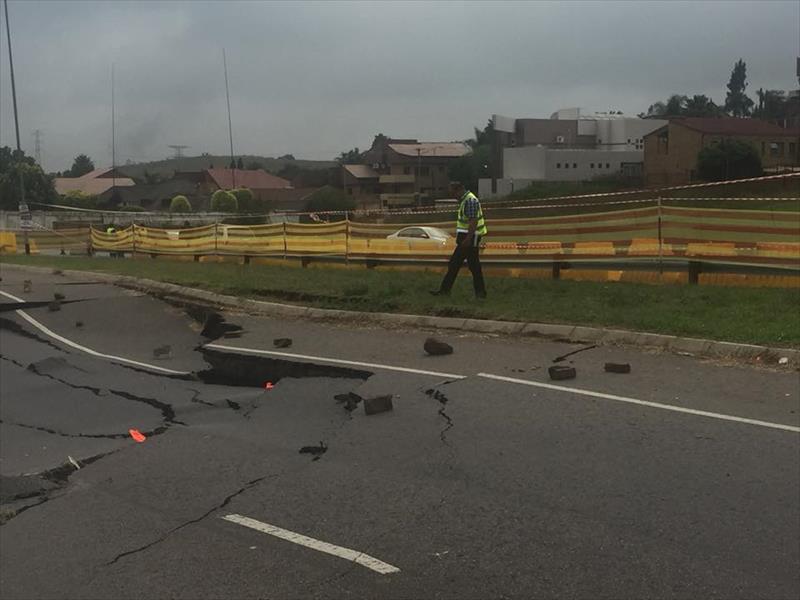 The Gauteng Department of Roads and Transport is looking into alternative repair methods to speed up the repair of the Laudium sinkhole, Centurion Rekord reports.

A service provider to repair the R55 sinkhole would be appointed after the completion of a detailed investigation, said departmental spokesperson Melitah Madiba.

The sinkhole is located on the northbound Quagga Road between Second and Third avenues, near Laudium, in Centurion. It surfaced after heavy rains in March.

The department has also sourced the services of an experienced engineering company to carry out detailed geo-technical investigations, said Madiba.

She said the department’s engineers were monitoring developments around the sinkhole “on a 24-hour basis”.

“The safety of road users remains a priority for the department. As such, the affected section of the road will remain closed until repairs have been completed.”

Engineers have reported the road continued to subside, adding that the sinkhole was expected to widen soon. There were, however, no signs the southbound carriageway would be affected.

“Detours are expected to be in effect for the foreseeable future, and the department apologises for the inconvenience.”

It was determined that repair costs could amount to as much as R50 million during a site inspection in April.

The sinkhole is about 30m deep and has caused the collapse of the perimeter walls of two nearby private residences.

The affected lanes of dual carriageway R55 were temporarily turned into a single-lane highway to maintain traffic flow.

Geologists advised that time be allowed before repairs started for the hole to settle naturally.

Residents and motorists were advised to exercise extreme caution in the area and not to stop to view the sinkhole.

Authorities have warned people not to go near the sinkhole as it is considered unstable.