The residents are tired of waiting for the municipality to complete RDP houses promised to them. The residents of Munsieville and Pango Camp in Krugersdorp are tired of waiting for the municipality to finish building the RDP houses they were promised more than 10 years ago, Krugersdorp News reports.

Consequently, they took to the streets on the morning of 10 May, blocking Van Riebeeck Road (the R563) with rocks and debris.

Soon after emergency services had cleared the road of obstructions, the community members disappeared, but they returned later, carrying materials to build shacks on the ‘promised land’. 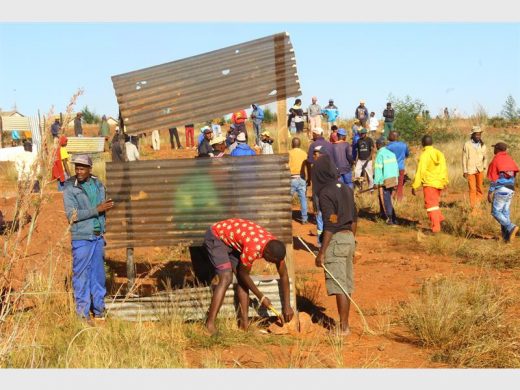 Some community members held corner posts up, while others nailed corrugated iron sheets to them – an instant usable ‘makoek’.

A community leader of Munsieville, known solely as Lucas, said that this has nothing to do with land expropriation without compensation. “This is about taking the municipal land that was promised to us and building what the municipality has failed to build.”

R29 million was allocated to the development of the housing project known as Munsieville Extension 5 in 2016, but the only thing that has been built is foundations. 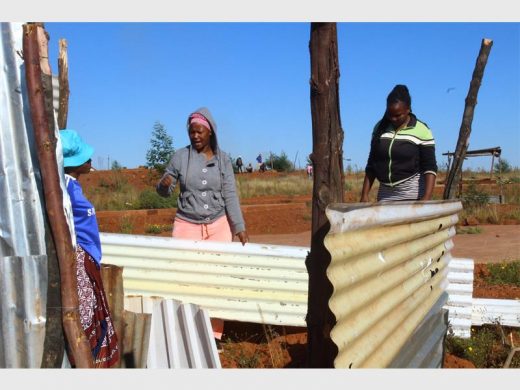 In 2016, Krugersdorp News published an article about the then DA Gauteng spokesperson on petitions, Lebo More, who wrote to Paul Mashatile, the MEC for human settlements, asking him why the site had been dormant for 5 years.

“Thousands of Munsieville residents are in desperate need of almost 500 houses which were promised by the Gauteng government,” More said.

The 2017/ 2018 budget presented by the ANC in February suggested that more than R116 million of the budget was to be allocated to infrastructure and R20 million to neighborhood development programs (22 per cent more than the previous budget). 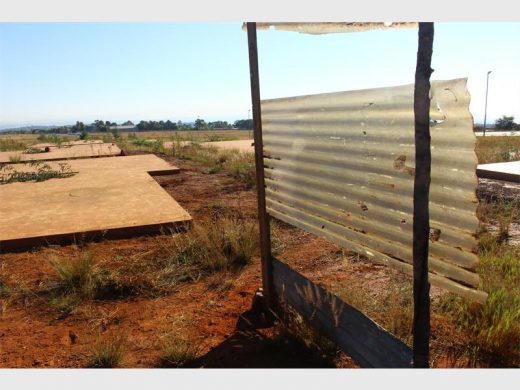 One of the structures under construction by the community, next to foundations built by the municipality.
Photo: Bianca Pindral.

It is not clear whether any of this money will be spent on this particular project.

Nkosana Zali, spokesperson for the municipality, could not be reached for comment before this article was published online.