The premises were vacated in April 2017 and the site remains vacant and vandalised, a far-cry from the sought-after establishment it once was. What was once an iconic venue is now in disarray. Images: Knysna-Plett Herald

What used to be a top-notch eatery and tourist favourite in the prime location of the Knysna Heads, Senza Restaurant (previously Paquitas/Cornuti), has in recent months started “deteriorating terribly”, according to residents who visited the site recently, reports Knysna-Plett Herald.

The current state of the venue has elicited questions anew as to what exactly the municipality plans for the venue.

The premises, which gradually started losing its lustre since it was vacated in 2017, has now become vandalised to a point beyond regular repair.

This disintegration is just the latest in a string of woes that have befallen the ideally situated real estate, which includes a series of blunders in the tender processes and the last recorded owner evacuating the premises under court order in lieu of R4 million in municipal debt in 2017. 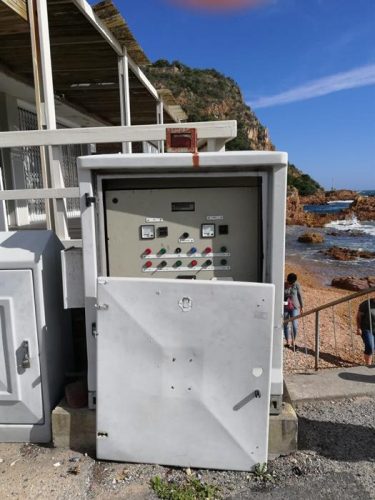 The last tender put out before the current one – in late 2017 – elicited three responses, with none qualifying under the stipulated criteria.

In a Knysna-Plett Herald (KPH) article published in December 2017, municipal spokesperson Christopher Bezuidenhout said: “The tender for proposals for the lease and development of a portion of Erf 1406 (the Heads) was advertised on 1 August and closed on 6 September (2017). At the closing date, only three submissions were received. None of the proposals proved to be feasible or economically viable and as such were deemed nonresponsive. The user department is currently in the process to review the specifications and the tender will be re-advertised in the new year.”

On July 19 last year, KPH journalist Yaseen Gaffar reported on claims that the approximately R4 million loss (excluding interest) suffered by the municipality as a result of unpaid debt accrued by Senza could have been avoided, and could be attributed to negligence on the part of high-ranking municipal officials who agreed to the cession (the transfer of rights) of lease agreements without following procedures stipulated in the contract, without the consent of council and in contravention of relevant procurement legislation.

In 2008, the lease was ceded to a nonexistent company, Newco, represented by Pierro Carrara and Roland Walker. About two years later, Walker and Carrara approached then municipal manager Johnny Douglas to sign an “addendum” to the lease agreement for a company bought off the shelf, with themselves as sole directors. The company’s name was changed to Cornuti Ristorante Knysna (Pty) Ltd. 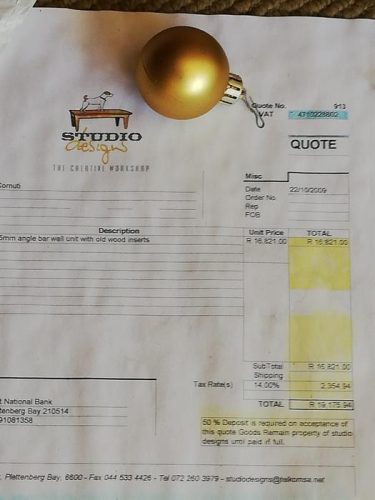 Soon thereafter, Cornuti started to default on its rental payments and a summons was issued by municipal lawyers Logan Martin. According to the summons, the 12.5% HDI/BBBEE shareholding was not adhered to, and the cession and the addendum were contrary to the provisions of the Local Government: Municipal Finance Management Act (MFMA), 56 of 2003.

Cornuti is defending the action, and the municipality stands to lose about R4 million in unpaid rental and services, excluding substantial legal costs.

At the time, Gaffar reported on a KRA member saying: “It is impossible to elicit anything from an empty-shelf company with no assets. Had Douglas and (another municipal official) Smit followed proper procurement processes and ensured that the directors sign surety-ships, this may not have happened, its public money lost.”

The premises were vacated in April 2017 and the site remains vacant. 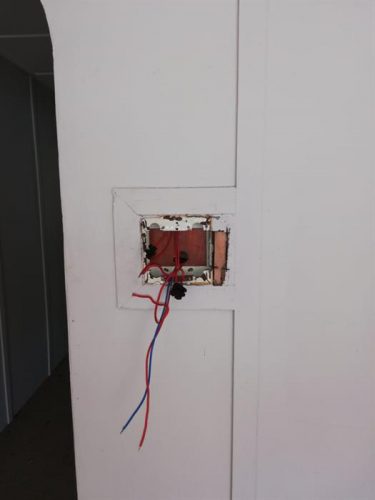 In response to recent queries sent to the municipality regarding the latest call for tenders – whether tenders had indeed been received and if a successful candidate had been chosen – as well as queries as to who is maintaining the premises, why it has been left to deteriorate so badly, and how much revenue to the town is being lost by the premises remaining vacant, the municipality said: “The tender closed on 14 December 2018 and the BEC (evaluation) process is underway. Thereafter, the matter will serve at the bid adjudication committee. The solid waste department cleans the area regularly.”