WATCH: Car goes up in flames at OR Tambo Airport

It is unclear who the car belongs to, and how the fire started. 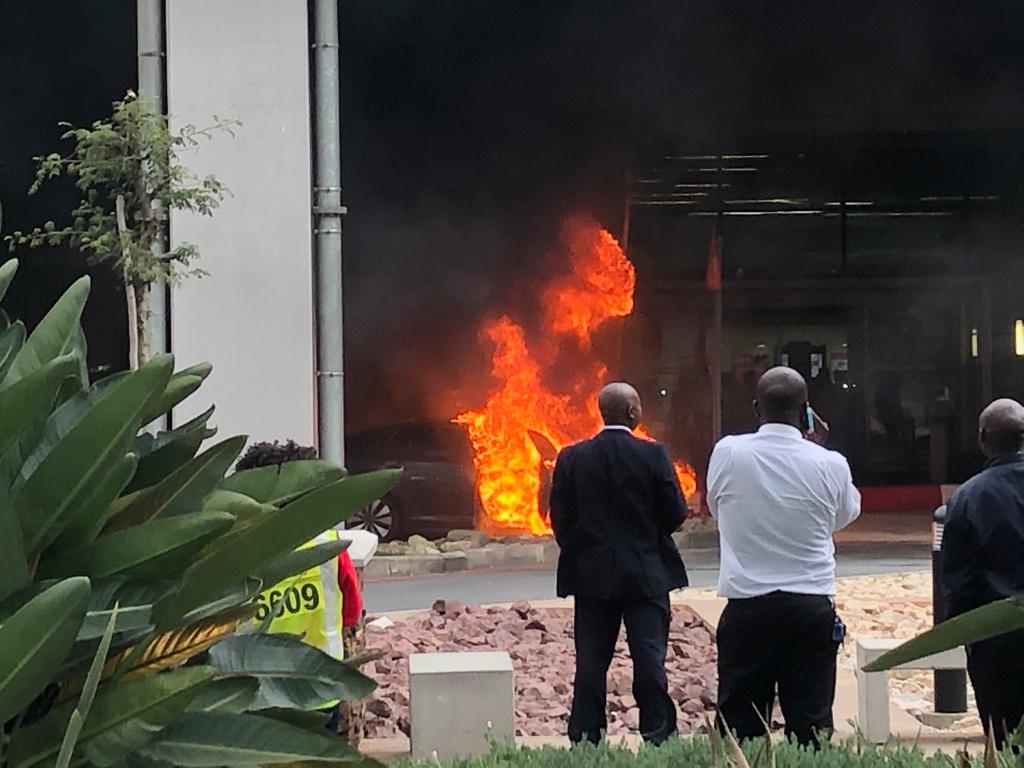 Image is for illustrative purposes only. Photograph: SA Recoveries

Local emergency services said it was not yet clear what started the fire that destroyed a luxury car outside OR Tambo International Airport on Monday afternoon, reports Kempton Express.

According to William Ntladi, spokesperson for Ekurhuleni Disaster and Emergency Management Services, firefighters found the car burning outside the lower-ground arrivals at around 4.45pm.

“The fire was successfully extinguished and there were no casualties,” Ntladi said.

Jackson Mthembu, Chief Whip of the ANC in parliament, claimed on Twitter he was shocked at how the safety threat to the airport was handled. “A car burns to dust at [the airport] without any attempt to save it. Is there no fire engine at our prestigious airport?” he wrote.

The airport replied, however, explaining that their own fire and rescue team was dispatched within three minutes of the blaze being reported. 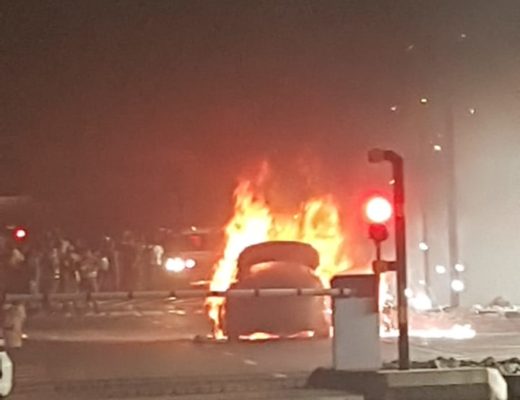 The vehicle was seen burning at the lower section of the airport’s arrivals. Photo: SA Recoveries

“Our fire station is situated on the airfield side of the airport as per legislation and regulatory requirements. The call-out procedure was activated and our resources were deployed accordingly,” the statement read.

Ntladi told Kempton Express it was still unclear who the vehicle belonged to.