The couple took their own lives on Saturday morning at their home in Stella Maris flats, leaving behind a a suicide note. 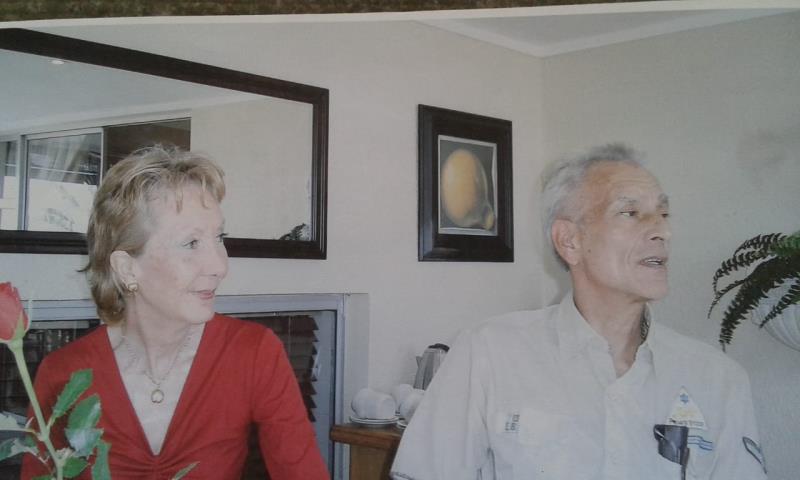 The late Rita and Manie Fourie.

A recent suicide involving an elderly couple, which took place at 6am on Saturday morning at the Stella Maris flats in Amanzimtoti, has devastated the community.

According to Amanzimtoti police spokesperson Captain Charlene van der Spuy, the couple were both 77 years old.

“It is believed that the husband was a cancer sufferer. They left a suicide note detailing funeral arrangements and a sealed letter addressed to a family member.”

On hearing about the incident, a past patient of Manie, Barbara Whiting said: “He was our family dentist for many years, and then they emigrated to the UK for a couple of years, before returning to South Africa.

“I don’t know much about the couple at all, except they were elegant, refined and always together,” she said.

Further comments showed the extreme heartache this had caused for those who heard the news.

“We deal with pensioners daily. It’s hard not to be able to help them all. I wish we could do more. This sad event just breaks my heart,” she said.

Manie’s sister, Marie Blignaut, who lives in Roodepoort, shared more about her brother and Rita’s lives.

“After school, [Manie] studied to be a chiropractor, but never completed his studies. He and Rita went to America and, when they returned to Toti, he decided to start his dentistry studies at University of Pretoria.
After he qualified, he started his own practice in the then Wakefields Centre in Amanzimtoti CBD, in around 1980.

“Rita was his assistant over the years, and his mother did all his practice’s books. He practised until 2000, and built a reputation in the Amanzimtoti community.

“The couple then left for England and spent two years there, and, when they returned, they sold the dentist practice and took early retirement,” said Marie.

Marie explained that the couple had lived in the Stella Maris flats since their time in Amanzimtoti began, and were living in the penthouse at the time of their deaths.

“My brother was kind and good to people,” she said.

“He often put himself out to help the elderly and those in need. People really liked him, he was very friendly and helpful.”

Manie was conscious of his health and very fit, swimming in the Amanzimtoti swimming pool every morning.

Manie’s mother is 99 years old and lives in Mooi Hawens Residentia. Marie said that she was still in good health.

As per the couple’s final wishes, there will be no funeral service.