Thami Kubheka’s first move was to ground all the municipality’s vehicles for almost a month, due to employees misusing the vehicles. 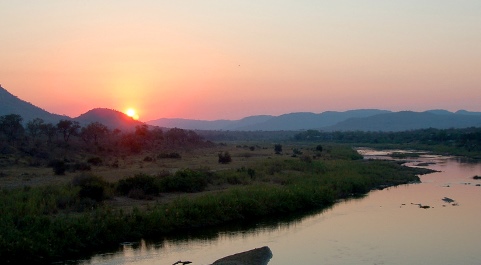 There is a new sheriff in town at Dr JS Moroka Municipality in Mpumalanga – and he is on a mission to rescue the poor municipality from the rot, gross abuse of resources, and theft of property.

Thami Kubheka took over the reins as the crippled municipality’s manager barely a month ago, but has been praised for implementing strict internal measures to end the culture of the abuse of municipal resources.

Officials said one the biggest problems was the way staff members abused and misused state vehicles, practically turning them into their private property.

It is not uncommon to see the municipality’s brightly branded vehicles at a shopping centre in Pretoria, more than 150km outside its jurisdiction.

So Kubheka’s first move was to ground all the municipality’s vehicles for almost a month.

His office told The Citizen yesterday the fuel bill was inexplicably high, with officials saying in one instance a vehicle was filled up at least three times in one day: in Pretoria, Polokwane and back in Pretoria.

The municipality’s spokesperson, Masabata Ramatsetse, said the fleet was released on Tuesday after the specific problem areas were identified and control measures put in place.

“Kubheka is sweeping up … we are assessing in order to control consumption. The fuel bill was too high. We needed to control,” she said.

Ramatsetse said delivery of services was not affected by the grounding of the fleet as vehicles used for critical services such as traffic control officials and water tankers were released under strict control.

From now on, she said, a staff member who booked out a vehicle must account for the mileage covered and only enough fuel for a particular trip would be dispatched.

According to councillors, Kubheka’s cracking of the whip was not welcomed by everyone and defiant crooks running for cover are rumoured to plot ways to bring him down.

The municipality is among the entities that invested in the now-demised VBS Mutual bank, with claims that a total of R30 million was invested – and withdrawn – before the spectacular collapse of the bank. But there was apparently no sign of the money.

1,200 people arrested in Gauteng during weekend police operations
20 hours ago
20 hours ago

Taxi violence: Gauteng urged not to give same routes to different associations
23 hours ago
23 hours ago

1,200 people arrested in Gauteng during weekend police operations
20 hours ago
20 hours ago

Taxi violence: Gauteng urged not to give same routes to different associations
23 hours ago
23 hours ago