A tail pipe fire was reported shortly after take-off, but did not compromise the safety of the flight, making it possible for pilots to land safely in Harare. 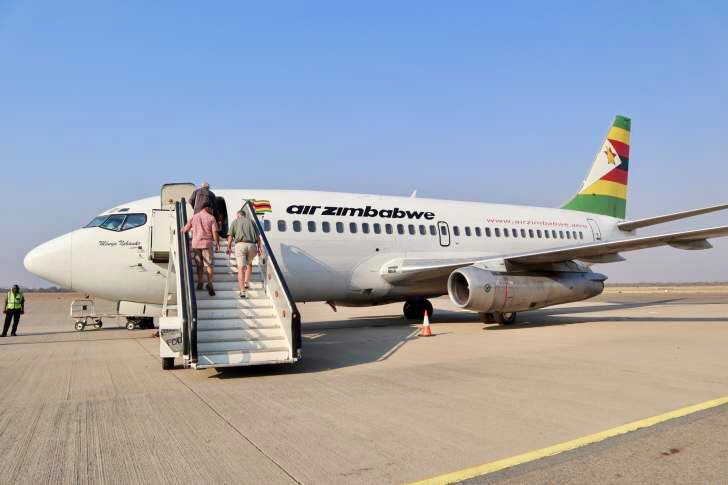 The left engine of an Air Zimbabwe aircraft departing from OR Tambo International Airport just after 7pm on Sunday night spewed fire shortly after take-off.

Social media was abuzz as Kempton Park residents who heard the loud noises were trying to find out what happened.

The noise could be heard as far as Norkem Park, reports Kempton Express.

Some described the noise as sounding like thunder, while others said it was more like a shooting.

Residents shared on social media how they heard loud bangs and saw what looked like flames or sparks coming from the aircraft’s left engine.

“We even heard it in Norkem Park,” Madeleen Botha wrote on Facebook.

“We’re in Birchleigh and thought it was thunder at first, it was so weird,” said Karen Brink.

Shortly after the noise stopped, smoke could be smelled over Glen Marais. The plane apparently returned safely to OR Tambo International Airport.

Online Zimbabwe publication ZimLive has since tweeted that the plane landed safely in Harare on Sunday night.

Flight UM303 just landed in Harare. We have asked @FlyAirZimbabwe for comment on what's being claimed. What we do know is that this particular plane, Z-WPF, a Boeing 767, first took off from OR Tambo in Joburg and then made a curious turnaround before taking original flight path pic.twitter.com/aJgKs5l3lC

A spokesperson for Air Zimbabwe told ZimLive that the pilots of the aircraft, a Boeing 767-200, had reported a “tail pipe fire,” adding that the fire did not pose a danger to those onboard, which was why the captain was able to land the plane in Harare.

The Z-WPF plane is reportedly the embattled airline’s only functional one, as other planes have been grounded indefinitely for costly inspections that the airline is allegedly not able to afford.

The spokesperson of the airline confirmed that investigations were under way.