Koketso Rathlane, 14, was killed shortly before he was due to begin writing exams at the Mohlatlego-Machaba High School in Ga-Motupa last week. 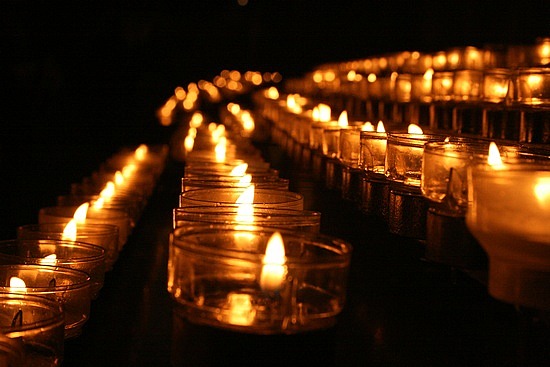 Pupils, parents and teachers at the Mohlatlego-Machaba High School in Ga-Motupa, outside Tzaneen, Limpopo, wept as the coffin of a 14-year-old boy killed by a speeding vehicle last week was lowered into a grave.

Koketso Rathlane, 14, was killed shortly before he was due to begin writing exams at school last week.

Some pupils who were also involved in the accident but escaped death collapsed as the mourners sang hymns commemorating their friend and classmate’ s life.

Grade 8 pupil Ngwako Ramishaba could not make it to the funeral as one of his legs was amputated.

“We are all God’s creation. We often celebrate when a child is born but we also mourn when a same child dies,” said MEC for education in Limpopo, Polly Boshielo, at the funeral.

Boshielo, who spent last week in Bolobedu helping the family with funeral arrangements and counselling the victims of the fatal accident, said the entire community had been affected by the tragedy.

“But it is important that when we experience such unbearable pain, we turn to God and ask for strength and soothing of hearts,” she said.

“We are aware the life of a son was abruptly swept away by that untimely accident. We must work together and avoid pointing fingers. We also need to allow the police to do their job and the courts to see this matter to the end.”

School principal Malombo Senyolo said teaching had been suspended at the school since the accident because many of the pupils were in shock.

Senyolo said all the pupils who were involved in the accident had been discharged from hospital.

“The accident happened when a car rammed into a group of pupils under a tree while they were waiting to write exams. All the pupils are in Grade 8 and the [person allegedly] driving the vehicle is in Grade 12,” said Senyolo.

Spokesperson for the police in Limpopo, Colonel Moatshe Ngoepe, said the suspect and his father were both arrested.

“The father was arrested for having given his son his car to drive knowing that he had no driver’s licence.

“They have both appeared before the Bolobedu Magistrate Court outside Tzaneen where they were denied bail. Their cases were postponed to June 21 for further police investigations.”

The father faces a charge of permitting a person to drive a motor vehicle knowing that he does not have a valid driver’s licence.