The City is still within its daily allocation of 650 million litres per day, and this is still way down from the 1.2 billion litres used per day in 2015. 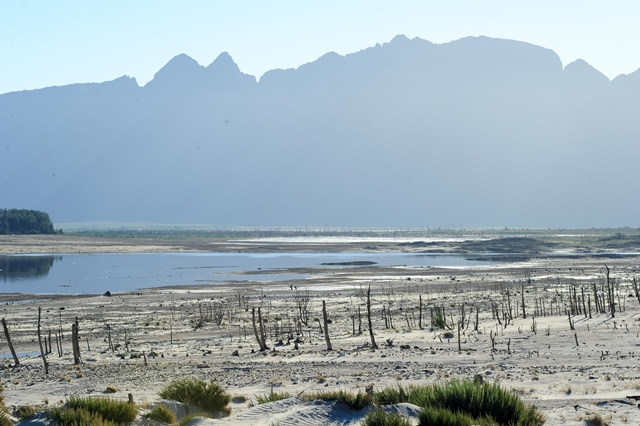 The City of Cape Town said on Monday that although dam levels had risen, water restrictions remained in place as the drought period was not yet over, 8 July 2019. File photo of Theewaterskloof Dam by Henk Kruger / ANA

Cape Town is nudging toward its maximum advisable level of water use after consumption increased to 644 million litres per day, the City said on Monday.

Although dams supplying the metro are at 80.6% storage due to diligent water savings, 2019 has been drier than average.

The City is still within its daily allocation of 650 million litres per day, and this is still way down from the 1.2 billion litres used per day in 2015.

However, collective consumption went up last week by two million litres per day.

“After an extended period when Cape Town as a whole was exceeding our water-savings target, we are now approaching the maximum advisable level of water consumption,” said Xanthea Limberg, the mayoral committee member for water and waste.

“As such, we advise residents to keep a closer eye on consumption updates over the coming weeks and react appropriately to ensure we do not start undoing our collective good work,” she added.

A massive water-savings campaign in 2018 during a prolonged drought, first identified in 2015, saw severe restrictions introduced which resulted in consumption being limited to 50 litres per person per day.

A “Day Zero” emergency was put in place for people to fetch water rations if tap water supplies ran out. Bucket washes and grey water reuse also became the order of the day.

Although the City is still within safe limits of water supplies, residents in some other parts of the Western Cape are in a perilous situation.

James-Brent Styan, the spokesperson for Local Government, Environmental Affairs and Development Planning MEC Anton Bredell, said the average dam levels for Western Cape were 65.06% and the largest dam in the province – Theewaterskloof – was 70.1% full.

He added the average level for dams in the Gouritz River catchment area was below 19%.

Water supplies from George to the Wilderness in the southern Cape were severely disrupted last week when sections of a walkway, which is owned and managed by Transnet, across the famous Kaaiman’s Bridge was found to be rusty and unsafe.

The walkway became unsafe for pedestrian use, and most recently seemed unable to support the pipeline.

Engineers were working to repair the walkway and it would take until October 19 to finish the job, according to the municipality.

In the meantime, the George Municipality is providing water trucks to replenish reservoirs affected by the outage as well as placing five 5,000l water tanks with taps at key places in Wilderness.

However, on Monday, it cautioned that water consumption was too high and the reservoirs’ levels were dropping too quickly.

“The reservoir levels have reduced drastically and we will run into supply issues again unless consumers reduce consumption. The system remains vulnerable until repairs to the Kaaiman’s railway bridge has been finalised,” the municipality said.

Meanwhile, the Gift of the Givers will be delivering eight truckloads of fodder to Graaff Reinet in the Eastern Cape on Tuesday in response to desperate pleas from emerging and commercial farmers battling a severe drought.

The delivery will be led by coordinators Hester Obermeyer and Sybil Visagie who, the charity said, had “relentlessly” sourced and delivered fodder to countless communities in the Northern, Eastern and Western Cape and KwaZulu-Natal.

The relief team will include Gift of the Givers hydrologist Dr Gideon Groenewald who will witness the drilling of eight boreholes in the town. The first five boreholes yielded 102,000l per day.

Mario Ferreira will bring bottled water and Prince Rashied as well as his dedicated team of “water deliverers” will be followed by two water tankers and two truckloads of water from the Gift of the Givers’ Makhanda depot.