The dumped books include Sepedi, English, Tshivenda and Xitsonga CAPS textbooks, meant for learners from Gr R to Gr 12, for the 2020 curriculum. 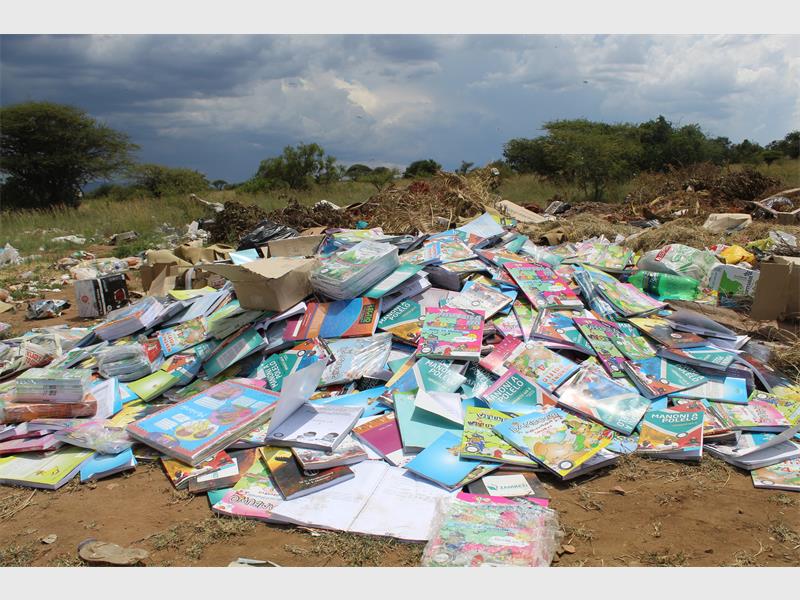 The pile of books some unopened was first seen by passerby's last Wednesday.

Hundreds of brand new textbooks were found at a dumping site last Wednesday, between Flora Park and Ster Park.

The books are currently at the Polokwane Police Station for official identification by the department as they could not confirm or deny the origin.

When Polokwane Review arrived on the scene, a passerby was able to confirm that on his way to work on the same day, the books must have been dumped during the day, as it was not there when he went to work in the morning.

When Polokwane Review accompanied the department of education’s assistant director, James Mohlahlala, to the scene last Friday, he was able to confirm that the books found were indeed part of the curriculum, but he couldn’t immediately confirm whether it was the property of the department or not. 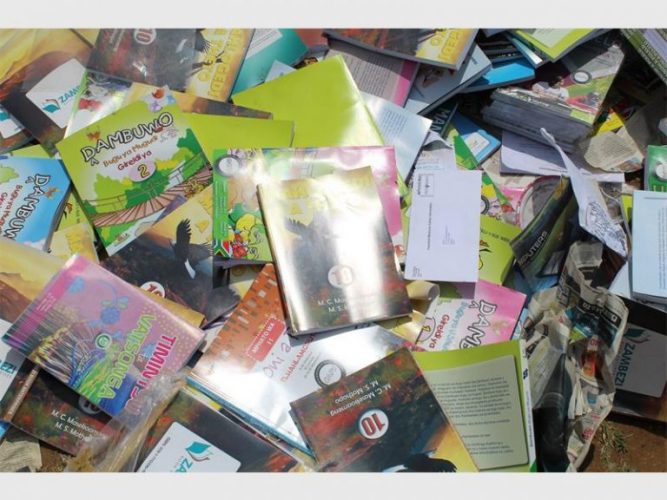 The books include various subjects from Gr R to Gr 12 in four different languages.

He said the department had finalised its bulk deliveries in November last year.

“We are only delivering a small quantity of books to schools that are still experiencing shortages,” he said.

Police were called to the scene and a case of lost and found was opened as the department said it could not be any other case as they had no record of missing books.

The department’s corporate inspector, Selaelo Mamabolo, said it would not be easy to determine where the books came from but the department had faith in law enforcement agencies to do the necessary investigation.

Spokesperson for the Polokwane police, Captain Lesiba Ramoshaba, explained that a case of lost and found implied there were no criminal activities involved.