Earlier on Wednesday, more than 300 volunteers arrived at the bottom of the cable car station at Table Mountain to assist the rescue team in their search. The SA Red Cross Air Mercy Service (AMS) helicopter seen searching Table Mountain for Ken Stephen (36) on July 07, 2020 in Cape Town, South Africa. Stephen left home to go for a run up Platteklip Gorge at approximately 2.30pm on Monday and did not return home. His car was found parked at the bottom of Platteklip Gorge. A helicopter and 16 search and rescue crews are looking for the trail runner who disappeared after going for a run along Table Mountain on Monday. (Photo by Gallo Images/Nardus Engelbrecht)

A body has been found on Table Mountain, search and rescue officials have confirmed, following a three-day search for a missing trail runner.

The search for Ken Stephen, 36, resumed on Wednesday, two days after he went missing.

Wilderness Search And Rescue (WSAR) spokesperson Johan Marais on Wednesday afternoon confirmed that a body was spotted below Africa Face on Table Mountain.

The clothing worn fit the description of what the missing person was last seen wearing, Marais said.

According to police, this had been a pink shorts, a dark jacket and black running shoes.

Paramedics then went by helicopter to the spot.

“We can now confirm that the body of the person we have been searching for since 6 July 2020 has been found. The wallet, car keys and the clothing confirmed his identity,” confirmed Marais later on Wednesday.

“The body will later have to be identified by the family. The location where he was found indicates that he may have fallen from a high location. We extend our condolences to the family, his friends and the trail running fraternity.”

WSAR acknowledged the assistance of Working on Fire, volunteers from the trail running fraternity, and other volunteers who were meaningfully employed in the search, as well as their own volunteers.

According to a family spokesperson at the search operation base, they had been informed that a body had been found. They were, however, waiting for official confirmation on the identity.

Earlier on Wednesday, more than 300 volunteers arrived at the bottom of the cable car station at Table Mountain to assist the rescue team in their search.

Childhood friend Keith Counihan said earlier he was “shocked” at his friend’s disappearance, but expressed relief at the “massive” turnout, adding that they were “not alone” and hoping to find some results soon.

“The response is phenomenal, the mountain’s packed. For those people who know Kenny, they’re obviously here and a lot of volunteers who obviously don’t even know him but feel the need to come and help out,” he told News24.

According to Counihan, volunteers have to sign up and then register into teams of between five to six people, with an allocated team leader, before they are assigned a search area.

Acting spokesperson for WSAR, Tim Lundy, said that although they’re grateful for the big turn out of volunteers, logistically it’s “a bit of a nightmare” to coordinate people safely.

“Our biggest concern is that these guys are not trained like we train… it’s just tasking them properly and we’ve got teams just set up for making teams with team leaders and sending them into areas,” he said.

Lundy said the main focus for the day was the areas above and below where Stephen’s car was parked near the entrance to Platteklip Gorge on Tafelberg Road.

“We’ve done all the pathways, so now it’s everything in between the pathways that we can possibly get to. So there’s going to be a lot of ‘bundu bashing’ and good searching of areas we weren’t able to get to yesterday,” he said.

The search and rescue teams picked up a “ping” from Stephen’s cellphone around Monday midnight, which appeared to be from the Clifton side of Lion’s Head, but nothing had been found in the area yet.

Woman pays R500 ransom after dog was kidnapped on Table Mountain
6 days ago
6 days ago
PREMIUM! 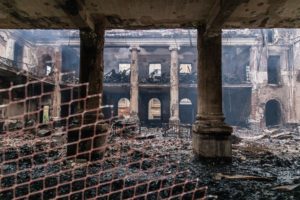 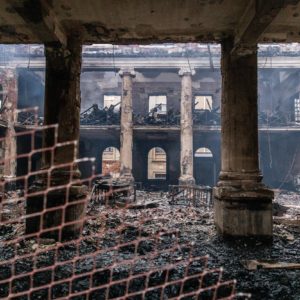 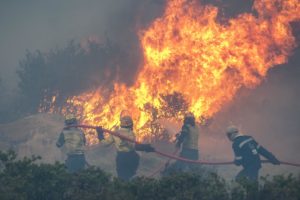 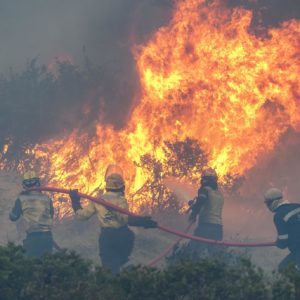 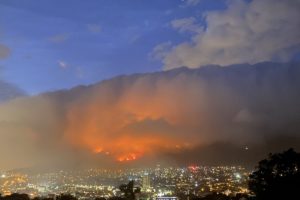 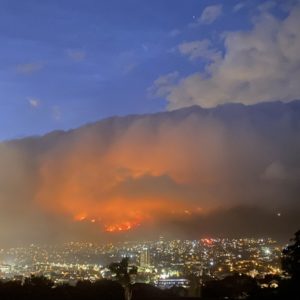 Woman pays R500 ransom after dog was kidnapped on Table Mountain
6 days ago
6 days ago
PREMIUM!