Last year R20 billion was made available to municipalities to tide them over the Covid shock, but that was nowhere near enough.. 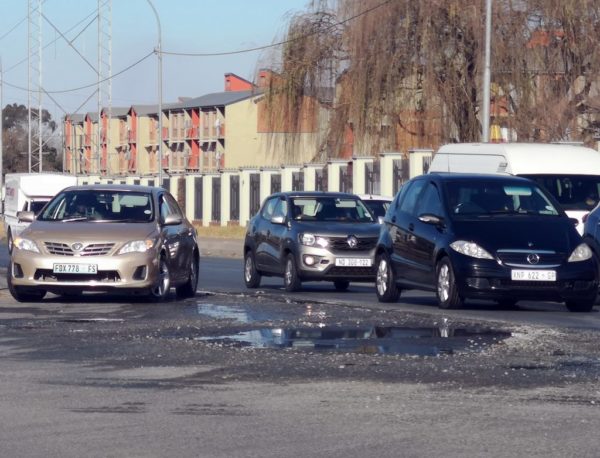 Cape Town is the only metro still considered financially sustainable, with a score of 71. Tshwane has the lowest score, at 21. Image: Moneyweb

It’s almost clichéd to say SA’s municipalities are poorly run. Virtually every Ratings Afrika and Auditor-General survey reminds us of this.

You see it with your eyes as you venture home over potholed roads, passing the street litter that is left to accumulate until it’s washed away by rain or wind, and when you open your monthly rates and taxes bill and wonder what you are paying for.

There’s not much good news from the latest Ratings Afrika Municipal Financial Sustainability Index (MFSI) for the fiscal year to June 2020 which examines the 105 largest local municipalities plus eight metros in SA.

The survey authors conclude that government has a R51 billion municipal problem.

That’s what it will take to prevent a total collapse of municipalities and bring them on a level footing to pay their creditors as stipulated by the Municipal Finance Management Act (MFMA).

There’s simply no room in the cupboard for that. Last year R20 billion additional revenue was made available to municipalities to tide them over the Covid shock, but that was nowhere near enough.

The Ratings Afrika figures are up to June 2020, so they’re already 10 months out of date, and we know that revenue collection rates at the municipal level have been falling to 82.3%, against the benchmark 95%.

That means nearly R18 out of every R100 owing is going uncollected, and the collection rate will likely have deteriorated since then.

The best performing municipality in the country is Mossel Bay in the Western Cape with a score of 74. Four of the top five best run municipalities are in the West Cape (Mossel Bay, Swartland, Overstrand, Saldanha) and the fifth is Midvaal in Gauteng – all DA-run.

The Western Cape is again far and away the best run part of the country, with an average MFSI score of 53. The worst is the Free State with 17, followed by North West (21) and Eastern Cape (25). The DA set out to prove that, given control, it would outshine the ruling party at local government and provincial level.

“I am really proud of this result,” he said.

Moneyweb asked him what his winning formula is.

“It’s a culmination of our collective hard work that has produced this improved performance year on year. This achievement is proof that local government can be functional, through prudent financial management, competent staff, good governance and ethical leadership.”

Midvaal actually improved on its score over the last year as it seeks to wean itself off the Eskom grid by way of solar energy plants, while introducing a public-private sector partnership to recycle waste water and sell any surpluses back to Rand Water.

Right across the fence from Midvaal lies Emfuleni, the worst run province in Gauteng with a score of 12, where residents have complained about just about everything from sewage spillage into the Vaal River system, to garbage going uncollected for months.

Say Ratings Afrika analyst Leon Claassen: “These high-scoring municipalities demonstrate consistency over the five years mentioned. They normally have well-entrenched financial policies and their budgets are based on sound long-term financial strategies. They adhere to good budgetary practices, strict financial control and good revenue collection even through tough economic conditions.

“The sound levels of financial sustainability place these municipalities in a very strong position to invest in infrastructure and it gives them the capacity to absorb the financial shock caused by the Covic-19 lockdown.

“Cape Town is the only metro that is still considered to be financially sustainable in 2020 with a score of 71, outperforming the rest of the metros by a large margin.”

“A common feature of the municipalities with the lowest scores is that their liquidity positions are extremely weak,” says Claassen.

“Their operating revenue and expenditures are not evenly matched, resulting in relatively large operating deficits, and the quality of their infrastructure is deteriorating, caused by low spending on repairs and maintenance which could threaten long-term service delivery an sustainability.

“The going concern status of these municipalities is extremely doubtful. Tshwane is the lowest scoring metric metro with a score of 21.”

Given the huge maintenance backlogs built up over the years, the spending should be between 6% and 8% of the carrying value of the fixed assets. Currently the average maintenance spending by local municipalities is only 1.5%, which is hopelessly inadequate to keep the infrastructure in good operating condition.

According to the survey report: “The deterioration of the infrastructure, such as crumbling roads, sewer spillage, and water or electricity disruptions is visible everywhere as a consequence.

“Increasing the maintenance spending dramatically is imperative to prevent a total breakdown in services in many municipalities.”

All this has a disastrous effect on the quality of life of most South Africans and the business located in these malfunctioning municipalities.

At the moment it is only the Western Cape municipalities that have some capacity to absorb the devastating financial effects of the coronavirus pandemic.