Lisette Lombard said her Jack Russell was about 20 metres behind her when it was snatched. 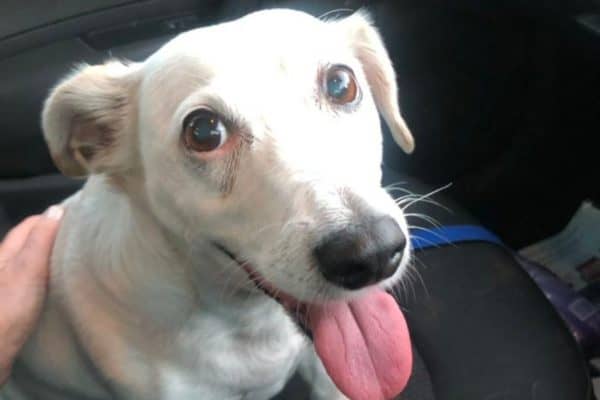 Jolie, the Jack Russel that was kidnapped on Table Mountain on Saturday. Picture: Twitter/@LisLombard

A Cape Town woman had to pay R500 to get her dog back after the canine was taken while they were walking on Table Mountain on Saturday.

Lisette Lombard said Jolie, her 12-year-old Jack Russell, was about 20 metres behind her when it disappeared.

“My dog was kidnapped from Table Mountain today by a syndicate. I was held ransom for a reward,” Lombard posted on Twitter on Saturday.

“She was literally only about 20m behind me and when I looked again she was gone. Luckily with the police in Kirstenhof we managed to get her back tonight.”

Speaking to News24, Lombard said the kidnappers contacted her using the details on the tag around the dog’s neck.

“He said he would not tell me where my dog was until I give him the money. I said, okay, I was going to give the reward, if we can arrange to meet somewhere. Then he told me a name of an area close to Bellville and I said I can’t come there. I would rather meet somewhere central, maybe at Mowbray police station, to ensure my dog has a safe passage and I am safe. And I will give them their reward. He said, no, let’s meet at Blue Route Mall.”

After meeting near the Blue Route Mall, in Tokai, Lombard paid the four men R500 and they returned the dog.

Although officers from the Kirstenhof police station were at the scene, and saw the exchange between Lombard and the dog kidnappers, no arrests were made.

“A report from the police official(s) in question does not suggest a crime took place during this period,” said police spokesperson Brigadier Novela Potelwa.

Despite thanking the police for their assistance, Lombard also suggested that they increase patrols on Table Mountain, specifically at the areas around the Rhodes Memorial and Blockhouse.