50 shacks demolished in Durban without any warning, say land occupiers

Land occupiers say they had met with the ward councillor last week and had expected human settlement officials not law enforcement. 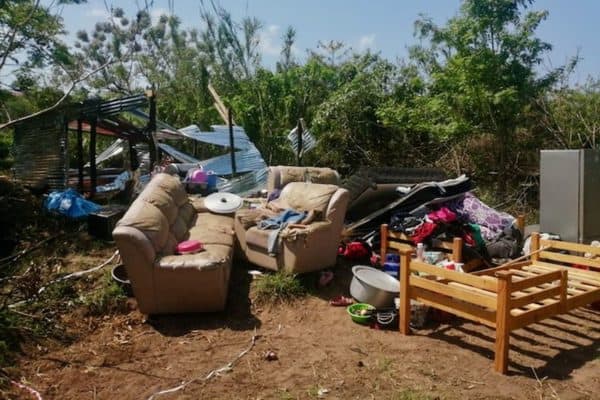 Over 50 shacks were demolished by Durban’s land invasion unit this week in Clairwood. Residents say they were not given time to remove their possessions. Photo: Nokulunga Majola.

The shack dwellers say they were not given notice before the demolitions and they were taken by surprise because they had met with Ward 64 Councillor Gavin Hegter (DA) last week. He had promised to return with officials of the City’s Human Settlement Department to find a solution to their housing problem.

Hegter confirmed the meeting with GroundUp. He said it had been agreed that no new shacks would be built.

“They broke their promise by continuing to rebuild and now the situation is out of my hands. There were people who had shacks close to the river and I told them to move for safety reasons and also because if we want to bring services that might be difficult, especially electricity, when they are too close to the river,” said Hegter.

ALSO READ: Cape Town residents pay to house homeless – but for how long?

The shack of Normal Dlamini, 65, was demolished. He used to stay close to the river and moved his shack to the centre. He has been living in Mhlathuzane since 2019.

“Maybe they thought my shack is new, but I have been living in this shack since January when I moved from the river,” he said.

Mzwandile Biyela, who uses crutches, says he has been living in Mhlathuzane for five years. He said that his shack was demolished on Thursday and then rebuilt because his family has nowhere else to stay.

“I survive on a disability grant … If they are demolishing our homes where do they expect us to go?” he asked.

Vusi Sihlongonyane said, “They didn’t even give us a chance to take out our things and when we came back, my bags were on the floor opened. My shoes are missing and my phone screen is cracked. Who is going to pay for that? … It is not fair,” he said.

Councillor Hegter said there has been an influx of people to Mhlathuzane. He said a number of people had been there for years and he had tried to bring them services.

There are about 100 people. There is no electricity. There is one tap. They share three pit latrines. Hegter said he has made requests for new toilets.

KwaZulu-Natal police spokesperson Colonel Thembeka Mbele said there was some protesting after the demolitions and people blocked the road with burning tyres.

eThekwini Municipality’s spokesperson Msawakhe Mayisela said “land invasion continues to be a serious problem for the City”. He confirmed the demolition of “illegal structures” on land that he said belongs to the City. 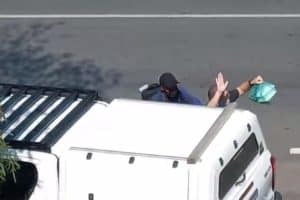 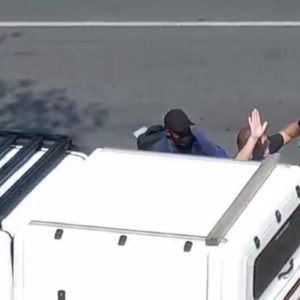