So far, the kidnappers have not yet contacted the Moti family. 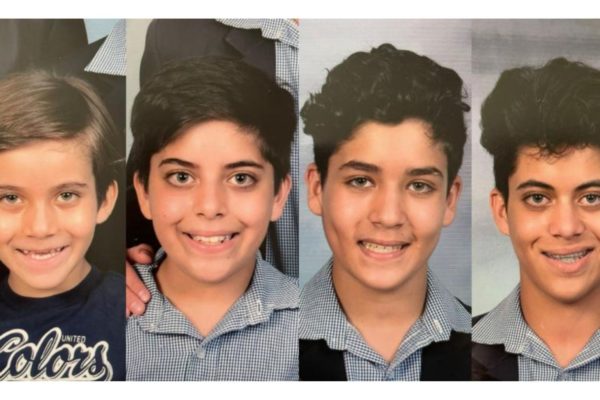 Zidan, 6, Zayyad, 11, Alaan, 13 and Zia, 15, were kidnapped around 7am on Wednesday, while with their driver was transporting the boys from Nirvana to a private school in Polokwane. Picture: Supplied to Polokwane Review

Nazim and Shakira Moti awoke on Thursday to the news that their four children who were kidnapped on their way to school on Wednesday morning have still not been found.

Zidan, 6, Zayyad, 11, Alaan, 13 and Zia, 15, were kidnapped around 7am, while their driver was transporting the boys from Nirvana to a private school in Polokwane.

Two cars, a light-coloured Kia Sorento and a black Mercedes-Benz, blocked the BMW they were travelling in on the Tzaneen bypass, and kidnapped them, Westenburg station commander Lieutenant-Colonel Maimele Pilusa told Polokwane Review.

The BMW has since been found abandoned.

They then forced the boys into the Mercedes-Benz and drove off, leaving the driver at the scene with the BMW.

The vehicles in question were last seen on the R81, driving out of Polokwane. They do not have number plates. Despite being spotted by traffic officers, they were not able to stop the vehicles.

The seven men said to be involved in the incident are currently being sought through a large manhunt, which involves the South African Police Services’ airwing unit, as well as private security forces.

So far, the kidnappers have not yet contacted the family.

Polokwane Review further reported that the boys’ cellphones were found in the Flora Park area.

While social media users continue to retweet the faces of the boys for awareness, police spokesperson Brigadier Motlafela Mojapelo told Polokwane Review that a team of investigators and other members with expertise are handling the case.

Polokwane Review was unofficially privy to information on Wednesday night that the boys had since been transported out of the province, but this has not been confirmed, and due to the sensitive nature of the case, more information cannot yet be made public.

Neighbouring provinces are already involved in looking for the boys and the perpetrators.

In addition to a multi-faceted task force working on finding the children, the Department of Social Development has dispatched social workers to support the Moti family, Polokwane Review further reported.

MEC Nkakareng Rakgoale noted the violent manner in which the children were abducted was disturbing and concerning.

Sources indicate the children’s father is a local businessman.

Anyone with information to help find the children is urged to contact their nearest police station, or Captain Ntlane Rasedile on 082-565-8566.