‘We are like Sodom and Gomorrah,’ says Ramaphosa on GBV

The president says the R1.6 billion that has been reprioritised to fund the fight against GBV will be watched over like hawks by a steering committee made up of women. President Cyril Ramaphosa on Thursday told parliamentarians that all South Africans need to embark on programmes that will deal with the country’s moral fibre, in light of the scourge of gender-based violence (GBV).

Ramaphosa said in light of recent media reports that a 91-year-old woman allegedly evaded being raped by her 53-year-old son “that is the most appalling, moral degradation situation that you can ever imagine”.

The president said such an incident can be likened to the Biblical cities of “Sodom and Gomorrah”.

According to religious text, the two cities were consumed by fire and brimstone after a divine judgement was passed upon them.

The Sowetan reported recently that 91-year-old spoke of her abuse at the hands of her 53-year-old who said that a couple of days before he allegedly tried to rape her, he had expressed a desire to sleep with her so that he could be her man “and the man of the house”.

Ramaphosa was responding to a question by EFF MP Naledi Chirwa who asked the president to “extrapolate in detail” how the R1.6 billion which has been set aside to fund the fight against gender-based violence (GBV) would stop rape.

@NalediChirwa The R1.6 billion for GBV. Is this one of your empty promises. Can you extrapolate in detail what the prevention how it will be used to stop the girl child from being raped and killed?

Chirwa raised concerns over Finance Minister Tito Mboweni’s failure to say anything about this money during his medium-term budget on Wednesday.

Chirwa said this was a clear indication that the allocation of the money to fight GBV was an empty promise that misleads the people.

In response, Ramaphosa said Mboweni made an intervention on request of the presidency to get all the departments to delineate amounts of money which would be reprioritised for the use in the fight against GBV.

This, the president said, is not part of the new budgetary process but that of the current budget.

“So there was no need for the minister of finance to address this issue. I can address it politically, which I am doing because this has been an initiative which the presidency is driving to make sure we address the gender-based violence issue,” Ramaphosa said.

The president said it will be ensured that various departments use the money for the interventions meant to address GBV.

He said a steering committee made up of women will watch over the use of this money “like hawks” and will evaluate the progress of the various programmes meant to address GBV.

Ramaphosa said these programmes include ones which are preventative, which it is hoped will ensure the prevention of incidents like the 53-year-old man who allegedly wanted to rape his 91-year-old mother.

Ramaphosa said these programmes have been designed and crafted by women but will be jointly implemented.

“We need to embark on programmes like that,” the president said.

Ramaphosa said it is unfortunate that these crimes take place in confined spaces such as homes, but he said government and society as a whole has a responsibility to deal with such incidents.

“So it is not going to be the sole responsibility of government, ” Ramaphosa said, but a collective one.

GBV spikes over the holidays: Here's where to get help
1 hour ago
1 hour ago 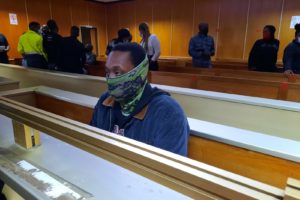 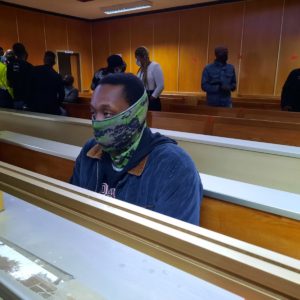 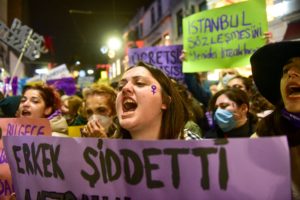 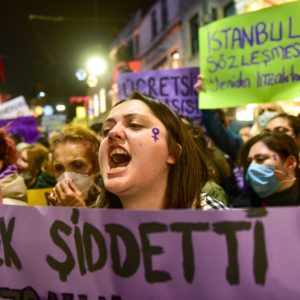 GBV spikes over the holidays: Here's where to get help
1 hour ago
1 hour ago