Despite concerns raised against Gcaleka by the opposition, the ANC used its majority to push through the appointment with 203 votes to 103 on Wednesday afternoon. 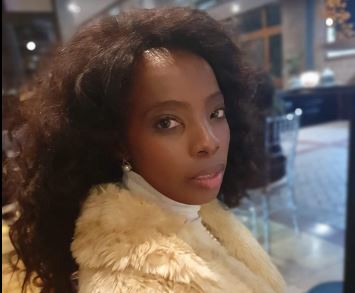 The appointment of Kholeka Gcaleka as deputy public protector was approved by the National Assembly, 4 December 2019. Picture: Twitter@NoncebaMhlauli

The National Assembly has approved the recommendation to appoint Kholeka Gcaleka as deputy public protector.

Despite concerns raised against Gcaleka by the opposition, the ANC used its majority to push through the appointment of former minister Malusi Gigaba’s former legal adviser with 203 votes to 103 on Wednesday afternoon.

This after House chairperson Cedric Frolick postponed the vote after a heated debate earlier on Wednesday morning because it appeared there would not be enough ANC MPs present to secure the vote for the appointment.

While parties like the ANC and NFP supported Gcaleka’s nomination, many opposition parties opposed it.

During the debate on the appointment, DA MP Glynnis Breytenbach said Gcaleka met the criteria for the post but highlighted several objections to her appointment.

“She was a vociferous supporter of Menzi Simelane who can only be described as a wrecking ball during his tenure at the NPA [National Prosecuting Authority],” said Breytenbach who was also at the NPA at the time.

“Instead of fighting for prosecutorial independence, Miss Gcaleka, then chairperson of the Society of State Prosecutors, chose to side against the majority of prosecutors and with Simelane.

“When Simelane set out to systematically decimate the NPA, Miss Gcaleka was his willing little helper. Instead of fighting for the rule of law, for due process and an NPA that prosecuted without fear, favour or prejudice, she actively assisted Simelane in destroying the NPA. She behaved in such a disgraceful fashion that two senior advocates resigned in protest.”

Breytenbach also referred to Gcaleka continuing to work for Gigaba after the courts found he had lied under oath “when any self-respecting lawyer would have placed as much distance as possible between themselves and Gigaba”.

“The public protector herself leaves much to be desired. It is no secret the DA has never supported her.

“To send another person of questionable ethics to a senior position in an office where integrity should be unquestionable, is just compounding the problem.”

Breytenbach said Gcaleka’s nomination and appointment was “engineered by the ANC” and she had failed to disclose her connection to the ANC Youth League.

“During the deliberations, the ANC couldn’t help itself referring to Miss Gcaleka as comrade – twice.”

EFF MP Luvuyo Tafeni said: “The imposed choice of advocate Kholeka Gcaleka by the ANC makes a mockery of the important role the Office of the Public Protector is meant to play. It shows no respect for capacity, ethical leadership and commitment to the truth required of people who must occupy that position.”

She added Gcaleka was simply not the best candidate for the job.

“This is over and above her continued working with Malusi Gigaba even after the court found him guilty of lying under oath, which makes her ethically questionable.

“We take particular exception to this. As a qualified lawyer, she is supposed to have massive respect for the truth and was meant to advise her boss about the dangers of perverting the truth.”

IFP Christian Msimang said she met the criteria for the post.

“Notice must, however, be taken of some of her past associations. And it is here that we must caution advocate Gcaleka of the position she will be filling should the president choose to appoint her, that she should conduct herself in a manner that is beyond reproach,” he added.

The IFP supported her appointment.

Earlier this year, Msimang apologised for nominating Busisiwe Mkhwebane to the ad hoc committee that elected a new public protector in 2016, saying he did not know her when he nominated her.

ACDP MP Steve Swart said the main complaint against Gcaleka “was her role in 2017 as the legal adviser of the then-minister Malusi Gigaba who has been accused of facilitating state capture under the Zuma administration”.

“The advocate is also accused of supporting then-NDPP advocate Simelane at the NPA who did great damage to the institution and whose appointment was later found to have been invalid by the Constitutional Court,” Swart added.

“ANC MPs said she had a good interview. However, it should be remembered that advocate Mkwhebane also had a very good interview for the position of public protector and many of us were persuaded to support her by the ANC. We have learned a hard lesson, to be far more cautious, once bitten, twice shy.”

The ACDP did not support her nomination.

UDM MP Nqabayomzi Kwankwa suggested that a process be undertaken to “make sure that all the dark clouds that is hanging over her is cleared before she is appointed into the position of deputy public protector”.

The UDM did not support the nomination.

NFP MP Munzoor Shaik-Emam said somebody could not be discredited “on the basis of their relationship with somebody else”.

“If you want to do that, then I think every member of the EFF should immediately resign because you are associating with leadership where there’s the highest level of allegations of corruption and fraud and theft,” he added, amid protests from the EFF benches.

“She has never been convicted by a court of law of any wrongdoing,” Shaik-Emam said.

“Because if you want to talk about allegations, there’s allegations against everybody in this world, all 57 point 6 point million people [sic], and a helluva lot of allegations on my left here, the whole lot of them here,” he said, gesturing to the DA and EFF benches.

The NFP supported her nomination.

ANC MP Hishaam Mohamed said Gcaleka had “performed exceptionally well” during the interview and “inspired the confidence of the majority of the portfolio committee”.

“There should be no doubt that she is independent, and she has the ability to perform functions without fear, favour or prejudice. With her youthful spirit, she is clearly passionate and motivated to serve our country.”

He said the DA and EFF’s objections were “spurious”.

“There is no credible evidence to suggest that this candidate is not the best suitable person to be in the position of deputy public protector. Their objections are factually incorrect, with no substance and while one may not find it surprising that the DA would not support a young black women candidate, it is sad that they’re once again in alliance with the EFF today,” Mohamed added.

“The aspersions which are being cast on the person of advocate Gcaleka are not only unfair but have no factual or legal basis.”

While her former colleague, Gcaleka, was busy with court cases, Breytenbach was planning her career as politician instead of focusing on her role as prosecutor, charged Mohamed, who was the provincial head of the Department of Justice and Constitutional Development in the Western Cape until he became an MP in May this year.

“House chairperson, how does it arise that the history of one’s political activism becomes a barrier to pursue a professional career in the public sector?”

The National Assembly will inform President Cyril Ramaphosa of Gcaleka’s nomination because the president appoints the deputy public protector.