In a statement on Friday, the EFF claimed that Parliament was planning to retrench thousands of works due to budget cuts. 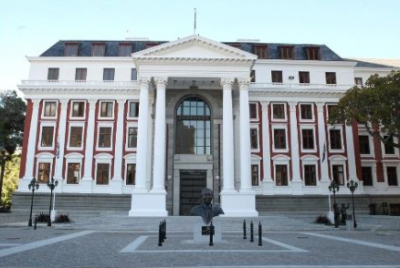 Parliament on Saturday dismissed claims by the EFF that it plans to retrench thousands of works due to budget cuts.

Parliament’s spokesperson Moloto Mothapo said the claims by the party were “patently erroneous and misleading”.

He said the national legislature has been considering a proposal by staff to institute a process of affording employees who are on the verge of retirement age an opportunity to opt for voluntary early retirement.

“Parliament is currently engaging with National Treasury with a view to introducing a similar process to the one that was implemented in the Public Service of Voluntary early retirement. The EFF has falsely claimed, without any shred of evidence, that Parliament plans to retrench thousands of workers. Voluntary early retirement is not the same as mass retrenchment,” Mothapo said in a statement.

“A voluntary early retirement incentive is offered to employees who wish to retire early; and in this regard, an employee has an option to initiate the application to be considered for early retirement or to continue to work until their retirement age.”

Mothapo said several employees who are close to retirement age had already indicated their willingness to take up this opportunity to retire early if it is offered.

In a statement on Friday, the EFF claimed the acting secretary of Parliament, Baby Tyawa, disclosed at a meeting of the Joint Standing Committee on the Financial Management of Parliament that the institution was short of over R500 million just to keep its current staff complement.

“This means that parliamentary services will be severely constrained, limiting the ability of members to perform their oversight on the executive in a meaningful manner. Parliament staff complement consists of very crucial positions such as researchers and content advisors to parliamentary committees, committee secretaries, and others involved in member support services,” the EFF said.

Speaking to eNCA on Sunday morning, Mothapo said the EFF’s statement had caused unnecessary panic and anxiety among parliament’s staff.

He said the voluntary early retirement incentive would benefit both workers and Parliament.

“The mechanism of voluntary early retirement will benefit both workers and interested staff in that those who desire to leave early will be allowed to do so. And Parliament will also benefit by not unnecessarily detaining staff who would rather be elsewhere and will also use that as an opportunity to reprioritise certain posts in light of the budget cuts that we are faced with from Treasury.”