Parliament's legal advisers warned the committee against holding an inquiry into Hlophe's conduct as the JSC had already made its findings. 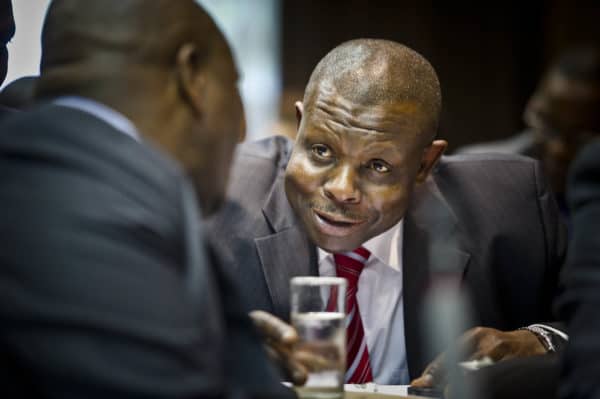 Parliament has been informed that it is unable to conduct another investigation into Western Cape Judge President John Hlophe’s charges as it is only limited to a check-and-balance function.

National Assembly’s portfolio committee on justice and correctional services on Thursday was briefed by Parliament’s legal advisers Barbara Loots and Siviwe Njikela, in which they gave a legal opinion on Hlophe’s impeachment process.

The process has to be in line with section 177 of the Constitution, which governs the removal of a judge.

This is after the committee was tasked with processing the Judicial Service Commission’s (JSC’s) report into Hlophe.

During the late-evening briefing, Loots advised the committee against holding an inquiry into Hlophe’s conduct as the JSC had already made its findings, which were then tabled to Parliament.

She explained that the committee was “an extension of the House doing background work that feeds back into the National Assembly”.

“With the different arms of government it’s always a check-and-balance legislator to the judiciary [then] from the judiciary to the executive and legislator to the executive, to make sure that even though we have a separation of powers that there is a balance in the exercise of responsibilities the Constitution places on a certain arm of government.

Loots emphasised that Parliament’s role was limited to considering and reporting on whether the JSC’s procedure was fair so that a vote on the matter “can be informed that it was a rational decision”.

“Every decision, every vote the National Assembly takes should be rational. Therefore what the committee can now do in doing the background as an extension of the House seeing there are no special rules are necessary as this is not the type of situation in which Parliament would be doing an inquiry. It’s merely a normal oversight role where there is a check function for the National Assembly to do.

“The committee in the background can determine its own process and might look at how it considers removal of magistrates, and whether it feels all the boxes were ticked, that the procedure that was followed at the JSC was fair and report back to the National Assembly on whether it felt everything was in order,” she added.

The JSC last month confirmed its decision to uphold the Judicial Conduct Tribunal’s findings of gross misconduct against Hlophe.

In April, the tribunal unanimously found Hlophe guilty of gross misconduct and improperly attempting to influence two Constitutional Court (ConCourt) justices to rule in favour of former president Jacob Zuma and French arms company, Thales, in a case relating to the validity of search and seizure operations in the arms deal investigation.