Parliament has set out a time line of events regarding the impeachment process against the public protector. 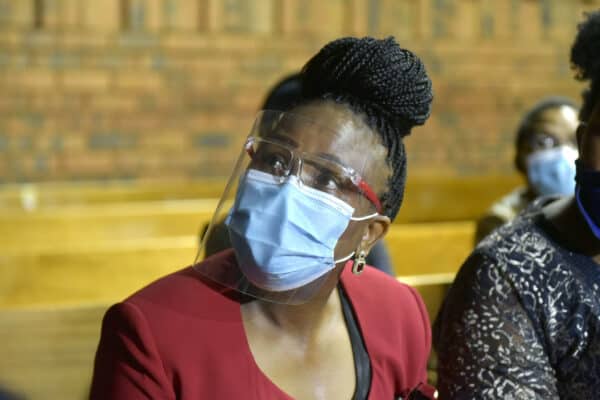 The impeachment process against Public Protector Busisiwe Mkhwebane could take seven months, according to Parliament’s schedule.

This was revealed during the National Assembly’s Programme Committee meeting on Thursday.

“The aim of the committee [on Section 194 Inquiry] is to finalise its work on the 21st of September [this year],” Parliament’s unit manager, advocate Mongana Tau, said during the virtual meeting.

The matter comes two days after the Ad Hoc Committee on the Section 194 Inquiry decided it would proceed with the impeachment process against Mkhwebane.

Section 194 of the Constitution deals with the removal of a head of a Chapter 9 institution.

Parliament’s legal services on Tuesday told the MPs on the Section 194 committee that “there was no legal obligation” preventing them from continuing with their work.

This follows a Constitutional Court (ConCourt) ruling, which gave the green-light for the committee to proceed with the impeachment.

The ConCourt delivered its ruling earlier this month after the judgment was reserved in November last year.

While Mkhwebane will be allowed legal representation when the hearings take place, the public protector has since made a last-ditch effort to prevent her impeachment from proceeding.

Mkhwebane’s legal team this week signalled her intention to launch a rescission application against the ConCourt judgment.

In a letter sent to Parliament, Mkhwebane said she wants the impeachment process against her suspended until the rescission is finalised.

Despite the application, the committee will forge ahead with its work which will take seven months.

Here is a timeline of events in the impeachment process:

On this day, the evidence which will be used in the impeachment proceedings will be tabled for the Section 194 committee.

Mkhwebane will then be given a month to go through the evidence against her, and respond to the documents, which will be submitted to Parliament.

The public protector’s responses to the evidence will then be tabled before the Section 194 committee.

The inquiry hearings against Mkhwebane will start a day after the committee is briefed, which will take place for three consecutive days from 4 to 6 May. The hearings will end a few days later with 10 May listed as the last day.

This is the period where Mkhwebane and her legal team will be provided three days to present their arguments and submit her own evidence in the hearings.

Deliberations will take three days, on the 14th, 15th and 17th, in which the Section 194 committee will discuss what action they will take following arguments from both sides.

A draft report of the inquiry’s hearings will be presented to the committee for consideration.

Mkhwebane will be afforded a month to go through the report.

The public protector’s responses to the report will then be tabled before the Section 194 committee on this day.

Further deliberations will be take place a day after the committee considers Mkhwebane’s responses. The committee will then adopt the final report on this day as well.

In March 2021, the National Assembly voted in favour of establishing the Section194 committee to investigate Mkhwebane’s competency for office.

This came after an independent review panel found substantial information which constitutes prima facie evidence of incompetence and misconduct by the public protector.