Mthembu says the commission will continue with the investigative work already done by parliamentary committees. 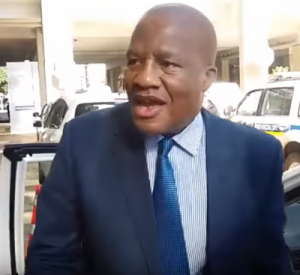 African National Congress (ANC) chief whip Jackson Mthembu praised parliament for the work it had done in the past year in fighting corruption and state capture.

Mthembu was briefing the media on Friday on the work of the ANC parliamentary caucus for the year 2018.

“If there is one thing that has made all of us the happiest, apart from returning land to our people through this mechanism that we have started, is the contribution of parliament to fighting corruption and fighting state capture,” Mthembu said.

He said the governing party was of the view that the parliamentary inquiry into Eskom had been a precursor to the ongoing commission of inquiry into state capture chaired by Deputy Chief Justice Raymond Zondo.

The commission will resume its hearings in January 2019, with the exact date to be announced in due course.

It was postponed to next year after witnesses who were expected to testify this week and next week became unavailable while others asked for an opportunity to testify early next year in order to cover more issues than they were initially going to cover.

Mthembu said the Eskom inquiry placed the South African parliament in good standing with many of the country’s citizenry “as an instrument that is able to hold executive portfolios accountable”.

“But also as an instrument that indeed can be trusted by our people,” Mthembu added.

The Eskom inquiry report which parliament adopted last month would serve as testimony at the commission of inquiry into state capture, the ANC chief whip said.

The parliamentary inquiry into Eskom recommended in its final report that former ministers Lynne Brown and Malusi Gigaba be summoned to appear before the commission to explain their failings as shareholder representatives in the period in which corruption flourished at the country’s parastatals.

“Whilst we could not have had findings on each and every person who might have come before the inquiry in parliament on Eskom, we are confident that the state capture inquiry will be able to take this work forward and call all those that might not have done justice to presenting their facts before parliament. They will now be called before the state capture inquiry and their names are there in our report.”

In light of accusations of state capture, parliamentary committees were directed to urgently probe the allegations and report back to the National Assembly.