Molefe, the current Transnet board chairperson, rubbished allegations that their relationship soured over an irregular forensic probe contract. 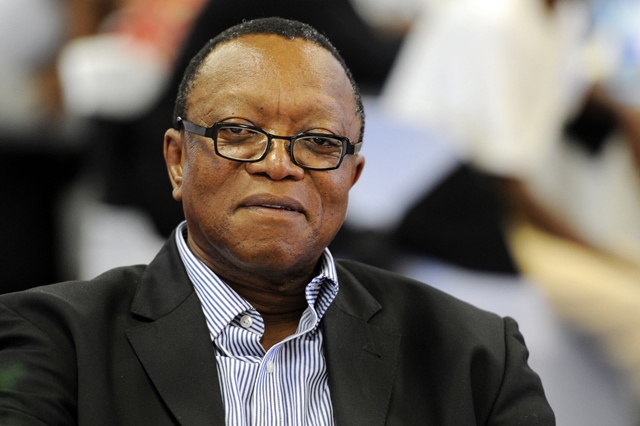 Former Passenger Rail Agency of South Africa (Prasa) board chairperson Popo Molefe yesterday dared the agency’s former acting boss Collins Letsoalo to sue him, laughing off claims he was part of a campaign to hound Letsoalo out of Prasa.

“Let him make that application and we will meet him there,” he said.

Molefe, the current Transnet board chairperson, was responding to Letsoalo’s stated intention to sue him, Prasa, the Sunday Times newspaper and Bhekani Khumalo, the agency’s group executive for human capital, over a story that his annual salary increased by 350% from R1.7 million to R5.9 million, which was based on a fake auditor-general’s report.

According to Letsoalo, the article, which the Sunday Times has since retracted and apologised for, was part of a plot by Molefe and others to get him out to stop his drive to tackle the rot that had engulfed the agency.

However, Molefe said Letsoalo was not fired. His term of office as acting boss had ended and the board did not extend it.

“It had nothing to do with the Sunday Times report because [Letsoalo] was acting in the position. He was seconded [by former transport minister Dipuo Peters] for a certain number of days. His term came to an end and we did not want it to be extended,” he said.

Molefe said the judgment had nothing to do with Letsoalo’s salary issue and that it was to do with whether Peters had acted lawfully in dissolving the then Prasa board, which Molefe had chaired, and that Mabuse made the remarks in passing.

Molefe insisted Letsoalo was not entitled to the same salary as Montana, saying Prasa policy was that remuneration for an acting position should not be equal to that of a fixed-term position.

“There was no board decision that he must earn the same salary as Montana. The board said you must be remunerated in accordance with the policy of Prasa for the position that you are acting in. We would not have changed principles just for him.”

He added that they also had a letter from Peters informing Letsoalo that during his secondment he would not earn more than he was earning in his own department as director-general.

But Letsoalo said his relations with Molefe soured when he questioned the irregular forensic probe contract Prasa had with Werkmans Attorneys, saying Molefe followed up on Werkmans Attorneys’ invoices and would become enraged when they were not paid.

“That is when we started to fight and he suddenly got out of my corner and joined those who were against me, including Bhekani Khumalo,” he said.

Letsoalo added that the rot at Prasa was continuing as the same people were still in the agency “running the same racket ”.

In October, the parastatal told parliament’s transport committee that the bill for Werkmans Attorneys’ forensic probe into mismanagement of funds at the agency stood at R169 million.

Montana was fired in July 2015 after findings by the public protector implicated him in alleged corruption and maladministration involving tenders worth billions of rands. Letsoalo was seconded to Prasa in July 2016 to turn it around after it had lost R13.9 billion.