He says he has lost faith in the party because of its failure to implement its own conference resolutions. 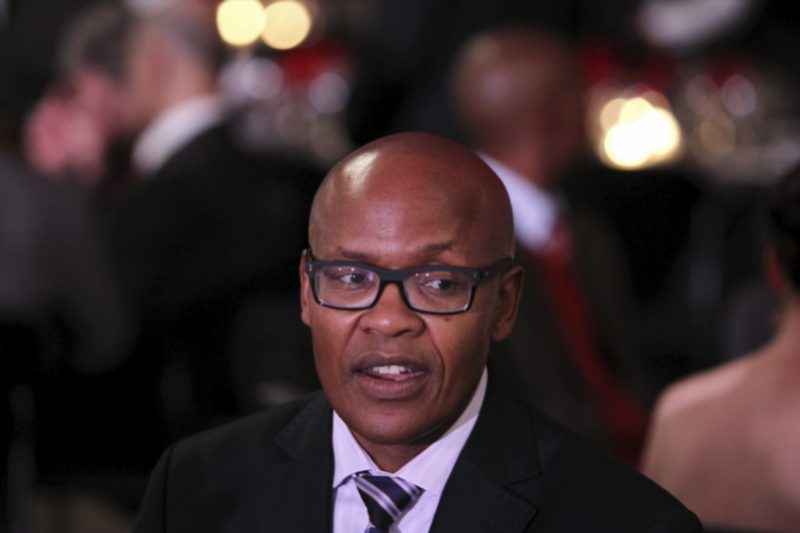 Manyi offered a number of reasons for why he had lost faith in the ANC, which he said was “captured by imperialists” and so could no longer be trusted with “liberating our people”.

He cited the “purging” of former Transnet chief executive Siyabonga Gama – whom he said had reported a “sterling performance on all indices in the balance sheet and income statement” ahead of his removal, and Eskom CEO Phakamani Hadebe being overlooked for being responsible for the core business of the power utility, a responsibility he said has now been given to the COO Jan Oberholzer on the basis of race.

Manyi said he had been particularly disappointed with how the governing party had “hugely distorted” its resolution on land expropriation without compensation when it published it three months after it was taken at the party’s 54th national conference.

The Economic Freedom Fighters (EFF) taking the lead in parliament on the land question was another disappointment in the ANC Manyi cited.

“After parliament had agreed on this, then the ANC goes and wastes a good 10 months of consultation on a matter that the conference had already resolved on,” he said about the public consultation process that followed parliament’s adoption of the EFF motion in early 2018.

Manyi said this demonstrated the ANC was “playing for time and doing everything not to do what they should be doing”.

Though parliament has taken the decision to amend section 25 of the Constitution to allow for land expropriation without compensation, an expropriation bill was “sneaked in” during the festive season “which seeks to entrench an unamended section 25”, which Manyi said was proof the ANC was not willing to implement its conference resolution on land expropriation.

Manyi has lost faith in the governing party’s commitment to nationalising the South African Reserve Bank.

Manyi said the Preferential Procurement Policy Framework Act (PPPFA) should have been reviewed or repealed in 2018 but continued to be “a bugbear”.

The new Mining Charter, Manyi said, “has postponed transformation for another five years”.

“Who would have thought that an ANC [government] would stand side by side with an Australian company against our own people in Xolobeni,” he questioned.

The Xolobeni community has been at loggerheads with the department while waging a 15-year long battle against the issuing of a mining licence to Transworld Energy and Minerals (TEM), a subsidiary of Australian mining company MRC, to mine titanium in the Xolobeni community in the Wild Coast area, Eastern Cape.

Manyi said Xolobeni community members only wanted to be consulted and have a stake in the proceeds from the minerals extracted in the area.

“One would have thought that with the VBS saga that what would have been done there was to deal with the corrupt elements there and save the bank and save the jobs – instead they are destroying everything.”

The ANC’s failure to intervene in the closure of ANN7 – which he said was bullied by MultiChoice – leading to a loss of an estimated 500 jobs, was an indictment on the governing party as the leader of society, Manyi said.

He took the opportunity to apologise to those who had lost their jobs and experienced trauma as a result.

“And I’m sad that the African National Congress never said one word,” he said.

He also noted the ANC turning a deaf ear to complaints by Gauteng road users on e-tolls, service delivery failures in townships within the province and other parts of the country “while politicians drive around in German sedans”, the Life Esidimeni saga, and the ANC’s failure to decisively deal with malfeasance worth R1.7 billion within National Treasury.

He said the governing party exhibited all the signs of being captured by “imperialist forces”, and so it could no longer be trusted with “the noble task of completing the liberation project of our people”.

“Let’s allow the ANC to retire and let’s usher in younger, fresh, and uncaptured blood,” he said.

He added that the ATM was the only organisation that could take the country forward because it did not have a history of corruption “and unfulfilled promises”.

“ATM has values that are very sound and universal. ATM is founded by its own members, not by wealthy business people with their own agendas,” he said, adding that it was a breath of fresh air led by young people who prioritised peace when dealing with others.