It was my neighbour who gave evidence against Lekota – Ramaphosa

Ramaphosa says he refused to be turned into a state witness despite suffering a 'vicious' interrogation. 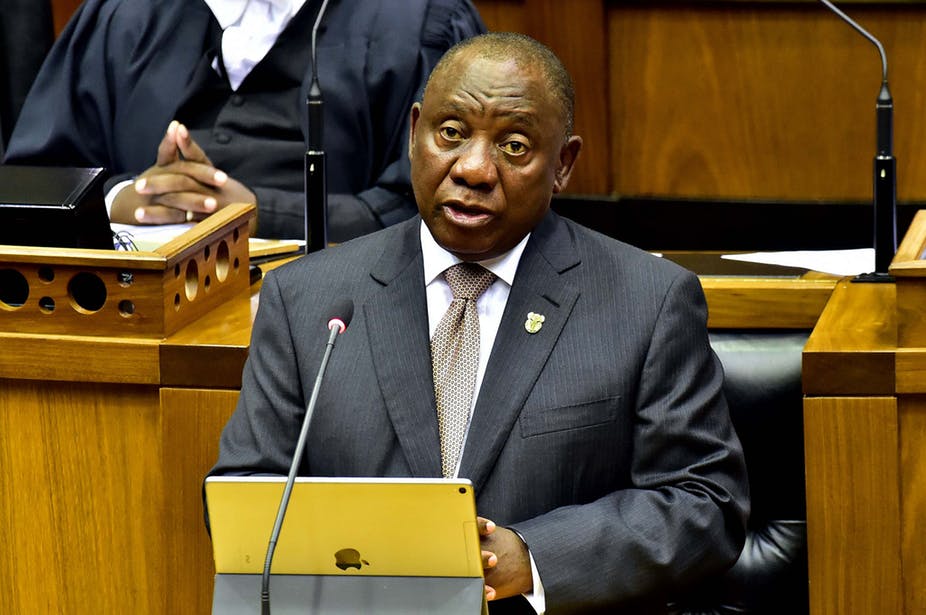 President Cyril Ramaphosa on Thursday denied claims made by Cope leader Mosiuoa Lekota in parliament on Wednesday when he said the president had sold out during the struggle.

An emotional Ramaphosa said he’d made the personal decision to clear the air on the allegations despite having been advised against “dignifying” them by his team.

According to Ramaphosa, one thing Lekota got right was the fact that the two were detained in the same trial event in 1974. He was almost 22 years old, and a law student at the University of the North (Turfloop) at the time, said Ramaphosa.

He said: “I had been elected the chairman of the South African Students’ Organisation branch with Steve Biko and Barney Pityana, among others. We got involved through a call that had been made to organise rallies. The chairperson of the students’ representative council, Sedibe, who was the president of the SRC, got deeply immersed in this, and so did a number of us.

“Following the rallies that we had, the then government decided to do a sweep on all of us. My arrest was quite dramatic because Sedibe had been arrested and we decided to march on the Mankweng Police Station, which [Julius] Malema will be most familiar with.

“We marched on the police station as a student body and, during that march, the SRC went in and some of us stayed outside. Then they decided they wanted to have me arrested. They then said ‘call Ramaphosa in because he can shed light’, and the SRC, without knowing that this was going to happen, called me in and, as soon as I sat down they said ‘you cannot leave now’ and they said ‘Ramaphosa is under arrest’.

“I was arrested and transported to Pretoria Central Prison, where I was in solitary confinement for a solid six months before anyone came to talk to me. At the time, my father was a policeman and, through his efforts, I finally got to see him and he explained to me that they told him they had a lot of things against me.”

Also read: Lekota accuses Ramaphosa of being rewarded for ‘selling out’ during apartheid

This was when they started interrogating him. Ramaphosa insisted he would not divulge much information on it because it was “vicious”. What the police wanted from Ramaphosa was evidence against those he had been arrested with, including Lekota.

The president said the police tried to use his father to put pressure on him to become a state witness, and he still refused.

“Then I was taken to Silverton Police Station and, when I got there, my neighbour was another detainee whose name I will not disclose because something horrible happened to him. They had been working on him to become a state witness and he told me he had agreed to be a state witness. Then I realised why they took me to Silverton.

“My dad visited me and told me they wanted me to be a state witness and I refused. I will never betray the comrades that I was working with and, if I did, where would I go and live thereafter. I refused.”

Ramaphosa said it was his neighbour who gave evidence against Lekota.

“They then let me go and brought me back. He gave evidence, the trial went on and ended. They were all sentenced, and I was released.

“Police wanted three things from you: you either cooperated, or became an askari (traitor) and killed your comrades, or you became a paid agent.

“I did not do any of the three things they wanted. When they released me the last time they said they wanted to work with me and I said, ‘I will never work with you and betray my people’ and they said ‘we will come back to you’. We continued with the struggle,” said Ramaphosa.