The former president reportedly made it clear he did not buy the idea that white people in SA should be viewed as 'land thieves'. 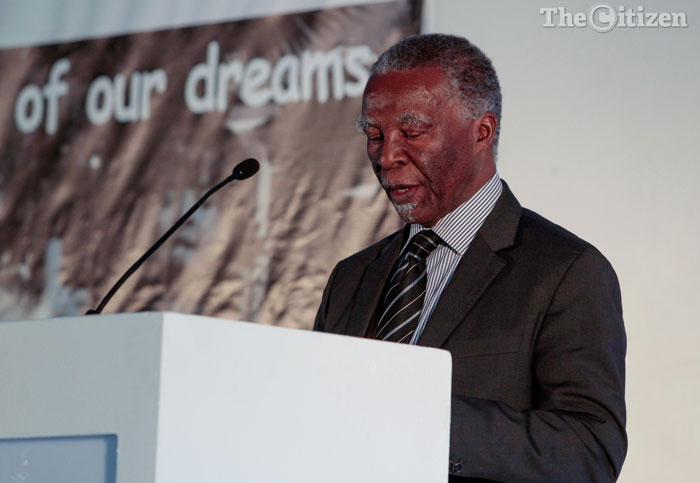 Former ANC president Thabo Mbeki’s sentiments that the party is misusing the Freedom Charter to push an irrational, radical agenda against “settlers” has rocked the boat.

The former president reportedly made it clear he did not buy the idea that white people in South Africa should be viewed as “land thieves”.

He said the ANC had been “rushed” when it decided to change the constitution on the matter of land expropriation in a vote at Nasrec in December 2017. He said it was clear to him that the ANC still had no clear plan for the economy or how to deal with the land question. Mbeki claimed the current interpretation of the Freedom Charter was being misused to push a more radical agenda.

He said the charter had always been clear that the land should be shared among those who worked it.

Political analyst Professor Mcebisi Ndletyana said the party was not united on the land matter in the first place and that Mbeki’s stance did not represent his opposition to the party itself.

“Part of the agreement made at Nasrec was that land expropriation would not affect food security and that they would target unproductive land.

“Mbeki is trying to warn the ANC against a repeat of Zimbabwean land expropriation, which will lead to fatal consequences for the economy and sour relations against white people.”

Political analyst Andre Duvenhage said he couldn’t agree more with Mbeki’s stance. Mbeki was only articulating the classical position of the party, which changed after he left the leadership, he added.

“The ANC previously had a nonracial and nonsexist position, but after former president Jacob Zuma took charge it became very focused on race and was not fundamentally different from the previous National Party.”

“The ANC is now more racially defined than ever before and Mbeki is making an effort to redefine the moral base of the party,” Duvenhage concluded.

Elections: Candidate nomination closes today – Will the ANC be ready?
51 mins ago
51 mins ago

ANC to go for candidates with skills and merit, not popularity - Ramaphosa
2 hours ago
2 hours ago

Elections: Candidate nomination closes today – Will the ANC be ready?
51 mins ago
51 mins ago

ANC to go for candidates with skills and merit, not popularity - Ramaphosa
2 hours ago
2 hours ago