Speaking to The Citizen, Mashilo said he remained a cadre of the ANC and was fully behind Mtshweni. 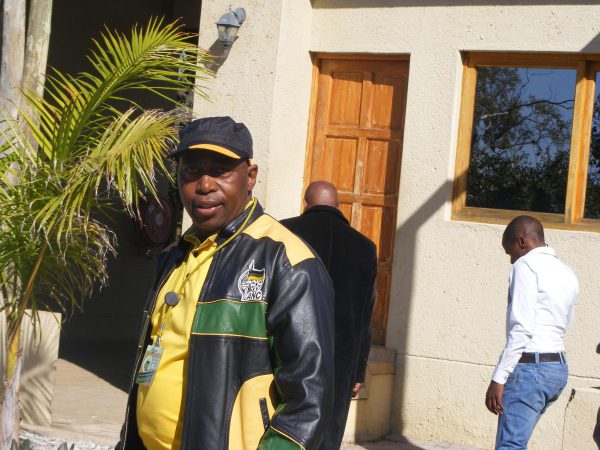 Mpumalanga MEC for Human Settlements Speedy Mashilo at the Zithabiseni Resort in Mpumalanga, where he was reelected as Nkangala regional chairman of the ANC. PHOTO: ANA

Nkangala ANC regional chairperson Speedy Mashilo has rubbished claims that he was bitter about his axing by Mpumalanga premier Refilwe Mtshweni, saying talks of his political demise were nonsense.

The Citizen reported yesterday that party insiders in the province had suggested that Mashilo’s exclusion from the cabinet was the beginning of Mtshweni’s purge of those seen as potential opponents to her ambitions to take over also as ANC provincial chairperson. The insiders believe that this signalled the end of Mashilo’s political career.

The former Mpumalanga premier David Mabuza’s front-man served as MEC for human settlements in Mabuza’s cabinet before he was moved to the Corporate Governance and Traditional Affairs portfolio.

But Mtshweni replaced Mashilo, her political boss in the region, with Mandla Msibi, in a move that sent political shockwaves in the province.

Speaking to The Citizen, Mashilo said he remained a cadre of the ANC and was fully behind Mtshweni.

“She is the premier of the ANC. I was part of her nomination and now it is her choice at the moment to choose a cabinet she will work with, out of all of us. I would be naïve as a seasoned cadre to believe I am entitled (to a cabinet position),” he said.

Mashilo suggested that his political career within the party was firmly in place and that his regional structure will not be disbanded and replaced with a task team to strip him of his political power, as was rumoured.

Touching on Mtshweni’s ambitions to succeed Mabuza as the party’s provincial chairperson, Mashilo said there were no such discussions as yet because the conference was only in December. He said the succession issue would be discussed in party structures and that they would make their position known within those platforms, once Mtshweni had indicated that she would contest.

Mashilo, however emphasised that being a premier did not necessarily mean that a person must be the provincial chairpersons or vice versa.

Mtshweni was formerly MEC for traditional affairs in the province appointed by David Mabuza in 2014, when he returned for a second term as premier. In February last year, Mabuza hand-picked Mtshweni to be acting premier after he became Deputy President appointed by President Cyril Ramaphosa.

This shocked many in the province as Mtshweni did not serve in the ANC provincial executive committee (PEC) and Mabuza’s decision caused envy among fellow PEC members.