It has been alleged that both camps received donations from Bosasa, and her representative says 'nothing' would convince her to comment on who financed her run at the presidency. 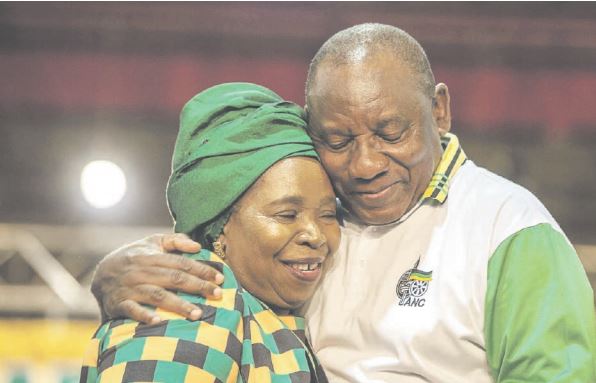 As questions around the financing of the ANC’s 2017 presidential contest continue to swirl, Nkosazana Dlamini-Zuma has gone to ground.

Repeated attempts to obtain comment from her campaign on its funding were met with silence from the now minister of cooperative governance and traditional affairs, who lost the ANC presidential race to President Cyril Ramaphosa by a slim margin in 2017.

It has been alleged that both camps received donations from corruption-accused company Bosasa (now known as African Global Operations).

A representative of the Dlamini-Zuma campaign told News24 that “nothing” would convince the minister to comment on who financed her run at the presidency two years ago.

News24 first sent questions to Dlamini-Zuma’s spokesperson and the former head of her campaign on July 26, and again on August 5. Pressed for comment on Monday, News24 was met with the same silence except this time, the campaign made it clear it would not be commenting, ever.

The message is clear: On whether or not her campaign was financed by problematic characters, or by anyone at all, Dlamini-Zuma’s only response was: “No comment.”

She directed queries to Dlamini-Zuma’s current spokesperson at the Department of Cooperative Governance and Traditional Affairs, Lungi Mtshali.

On Monday, Mtshali was adamant Dlamini-Zuma was not going to comment on any aspect of the funding of her campaign. Pressed for comment on an alleged donation by corruption accused former Bosasa CEO Gavin Watson, as well as the issue of her campaign financing more broadly, Mtshali said emphatically: “Nothing you ask will move her on this.”

Questions around the financing of Ramaphosa’s campaign have been laid bare in recent weeks since the leaking of bank statements and emails purporting to show how the funding of his campaign was conducted.

‘The polony in the sandwich’

Rampahosa’s CR17 campaign was thrust into the spotlight following the publication of a report by Public Protector Busisiwe Mkhwebane who was asked to investigate suspected money laundering and a possible breach of the Executive Ethics Act for lying to Parliament in November last year.

The complaint to Mkhwebane centred around a R500 000 payment that turned out to have been a donation to the CR17 campaign by Watson.

But there has been a deafening silence about the funders of Dlamini Zuma’s campaign. There have been no leaks, and little is known about how her campaign was financed.

But there are two sources that hint at questionable sources of funding.

The first is Mkhwebane’s report, which reveals that while being interviewed, Watson appears to have admitted to “helping both of them”, in reference to Ramaphosa and Dlamini-Zuma.

Mkhwebane, it would appear, took this to mean Watson had donated to the NDZ campaign as well.

A transcript of her interview with Watson as provided in the report shows Watson had complained he was “being used”. He described himself as “the polony in the sandwich”, presumably between the two camps vying for the presidency.

In the interview, Mkhwebane asked Watson: “I’m asking now, in relation to the statement that you made that your blood is green, black and gold, you had two people coming from the same organisation eyeing to emerge victorious – have you found yourself in that situation before?”

But in a later affidavit, Watson said this was not true, adding he had not donated to the NDZ campaign.

He said in his affidavit: “No, I never made a donation to Ms Nkosazana Dlamini-Zuma.”

His lawyers also told Mkhwebane the statement, “helped them both”, was misconstrued.

News24 also reached out to Watson for comment in July but he did not respond. Questions were also sent to his lawyer.

His cigarette company, Carnilinx, has been accused of tax dodging in the past.

Mazzotti, through his lawyer, had not responded to questions by the time of publication but undertook to comment on Wednesday, and this article will be updated then.

He previously denied the claims in Pauw’s book.

Self-confessed fraudster Carl Niehaus, who is currently employed at Luthuli House, acted as a de facto campaign manager. He previously told News24 he was not paid for the work but merely believed in Dlamini-Zuma’s cause. He also denied being a campaign manager, saying the campaign ran on volunteering without a formal campaign structure.

The ANC Women’s League (ANCWL) was also one of Dlamini-Zuma’s biggest supporters.

ANCWL secretary-general Meokgo Matuba said the organisation had not received compensation for the work, nor had it donated to the campaign. Instead, it provided Dlamini-Zuma with a platform by inviting the presidential hopeful to speak at events hosted by the ANCWL, she added.

R8 million to protect one official: DA wants VIP protection kitty given to municipalities
2 weeks ago
2 weeks ago

R8 million to protect one official: DA wants VIP protection kitty given to municipalities
2 weeks ago
2 weeks ago