Courts will vindicate Ramaphosa as they did me – De Lille

De Lille recently compared Ramaphosa's legal battle with Mkhwebane to that with her former political home, the DA. 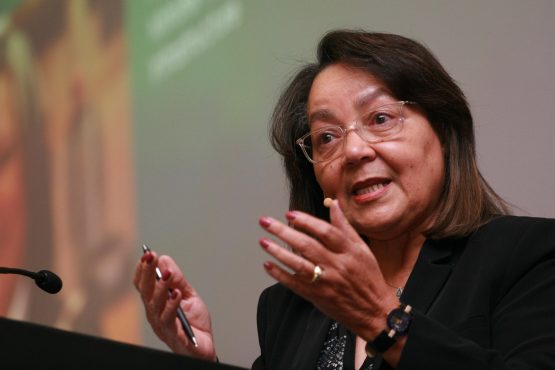 Ramaphosa is currently engaged in a court battle with Public Protector Busisiwe Mkhwebane who found him guilty of deliberately misleading Parliament about a R500 000 Bosasa donation to his campaign to become president of the ANC in 2017.

De Lille won two legal battles against the DA in 2018, one to be reappointed as City of Cape Town mayor, and the second to set aside a decision to strip her of her party membership.

“You know, I’ve always put my faith in the judiciary. We are fortunate that we’ve got a very independent judiciary,” De Lille said.

“When I was treated very unfairly, I was in an abusive relationship, people trying to smear my name getting people to say that I solicited a R5m [bribe]. I mean they just invent these things almost on a daily basis, [and] I turned to the courts and I was successful.

Ramaphosa appointed De Lille as the only opposition party member in his Cabinet in May after her new political party, GOOD, won two parliamentary seats in the May 8 elections.

She said she found the Cabinet to be welcoming, adding its work was hindered by political infighting within the ruling ANC.

In one of many public spats, ANC secretary-general Ace Magashule said the party would nationalise the South African Reserve Bank (SARB) and planned to introduce quantitative easing.

However, Ramaphosa distanced the party from Magashule’s comments a week later.

The infighting, De Lille said, had led to a lack of confidence in the economy which reduced investment.

“It leads to policy uncertainty and those are the kind of things that the rating agencies are looking for. But also investors want to put their money where they are certain their money is going to be safe.”

“Well, I think after what everyone calls the nine wasted years, I expected things to get worse before they get better.”

She said the country was taking a moment to pause and reflect before it moved forward.

“If you make an assessment of the past 25 years where we came from, yes you must admit a lot of things have changed, but we could’ve done better.

“So, you have to say after 25 years let’s pause for a moment and let’s see how we can change our business model because if you go according to the same plan for 25 years you are going to get the same results.

‘You can’t blame the private sector’

She said the role of the government, going ahead, was to create an environment where the public sector could grow and jobs could be created.

“I think to a certain extent the private sector has been accused and blamed for many things and that they don’t care about the country. I think that’s a very general statement.

“What the private sector is only looking for is that if you invest your money to start a business you expect some returns from that but also in return you create jobs.

“And that is how the whole world functions so you can’t blame the private sector if they want to make money and to make profits.”

She believed Ramaphosa, who has experience in both the public and private sector, could restore private sector trust to get them to invest in South Africa again.

South Africans would, however, be naive to place all their trust in Ramaphosa, De Lille said.

“[There’s a belief] that the government waves the magic wand, but the government also caused that because they promised everything and they created the expectation that with the vote is going to come a new house, a job and everything.

“Instead, [they should’ve] been honest to say that now we all need to work together. It’s still happening every election, I’m afraid to say, where the government promised the moon and the sun and the stars and everything, knowingly that they will not be able to achieve that.

“So it’s a whole society approach that you need, it’s not going to come from the government alone. So yes, the New Dawn, but the New Dawn must be understood to mean all of us.”

De Lille, 68, said she would never grow tired of her work in the government, where she has served as an MP, MEC, mayor and now minister.

What does, however, tire her is travelling between the legislature in Cape Town and the administrative capital Pretoria, which she calls an “unusual situation” compared to the rest of the world.

“So, we have to begin to normalise that situation and one of the issues that are on my desk is the possible move of Parliament from Cape Town.”

De Lille said her dream was to solve this problem by building a smart city as mentioned by Ramaphosa during his State of the Nation Address.

“You still need an airport, and I was thinking of Lanseria Airport and find a space and build a new city there. So that is what is on my mind, it is not something that is official but I think it’s one of the ways to solve this problem.”

De Lille, who grew up as the daughter of a teacher in rural Beaufort West in the Western Cape, said she still planned to do many things before she retired.

Working to build a better South Africa would remain her ultimate goal, she added.

“I fear no one [ek is bang vir niemand nie]. I always say I only fear my God. So, I’ll keep working toward my ultimate goal.”