The party in the province says it doesn't have a mission to weaken, demolish or destabilise the DA. 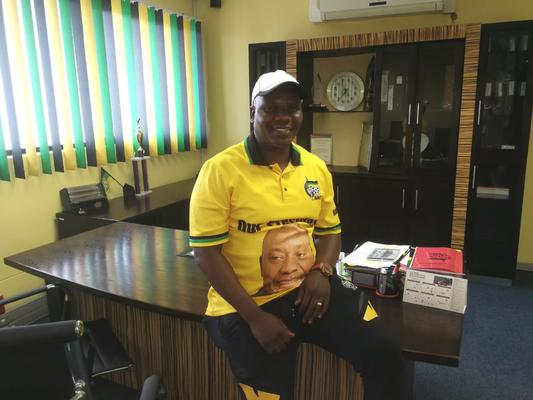 The ANC in KwaZulu-Natal has said that it was a coincidence that some DA members in the province have decided to join the ranks of the governing party following the election of Hellen Zille as federal council chair and Mmusi Maimane’s resignation as the party’s leader and his exit from the DA.

On Monday, Herman Mashaba announced his resignation as the mayor of the city of Johannesburg following Zille’s election as the federal council chair at the weekend.

On Wednesday, Maimane announced his resignation as DA leader and the party’s federal chairperson Athol Trollip also resigned on the same day.

On Thursday, Maimane announced his resignation from the party and parliament.

ANC KZN secretary Mdumiseni Ntuli said it was a coincidence that the announcement on Thursday that some DA members in the province were joining the governing party, as the DA dealt with these resignations.

Ntuli said the ANC in the province has “a programme and agenda we are pursuing”, but that the governing party was not campaigning to “demolish” or to “destabilise” the DA.

Ntuli said different political schools of thought were allowed to exist in the democratic dispensation of South Africa and that the one with superior logic would take the lead.

Ntuli said the new members would not be afforded “any special favours” and that the governing party’s mission was to convince as many people as possible to join its fold, whether they were in the DA or not, because the ANC was the only party that could take South Africa forward.

“It has nothing to do with Helen Zille,” Ntuli said, adding that Luyanda Sazi Msane, a former regional leader of the DA, joined the ANC in March and would have not known about what has transpired within the DA in the past week.

Melika Singh, a former whip of the DA caucus in the Msunduzi council, Ntuli said, had expressed an interest to join the ANC about two months ago and so also would not have known.

Ntuli said the announcement of these DA members joining the ANC had been a coincidence.

Other DA members who have joined the ANC in KZN are the former DA provincial youth leader Fikani Khubisa and an active DA leader in ward 35 in Msunduzi, Pietermartizburg, a ward which Ntuli said the ANC had repeatedly failed to secure during elections.

“We are really not concerned about the profile of those joining the ANC,” Ntuli also said.

Ntuli said these new members were not joining the ANC for personal expectations or ulterior motives.