‘No one owns a position,’ says Malema ahead of EFF elective conference 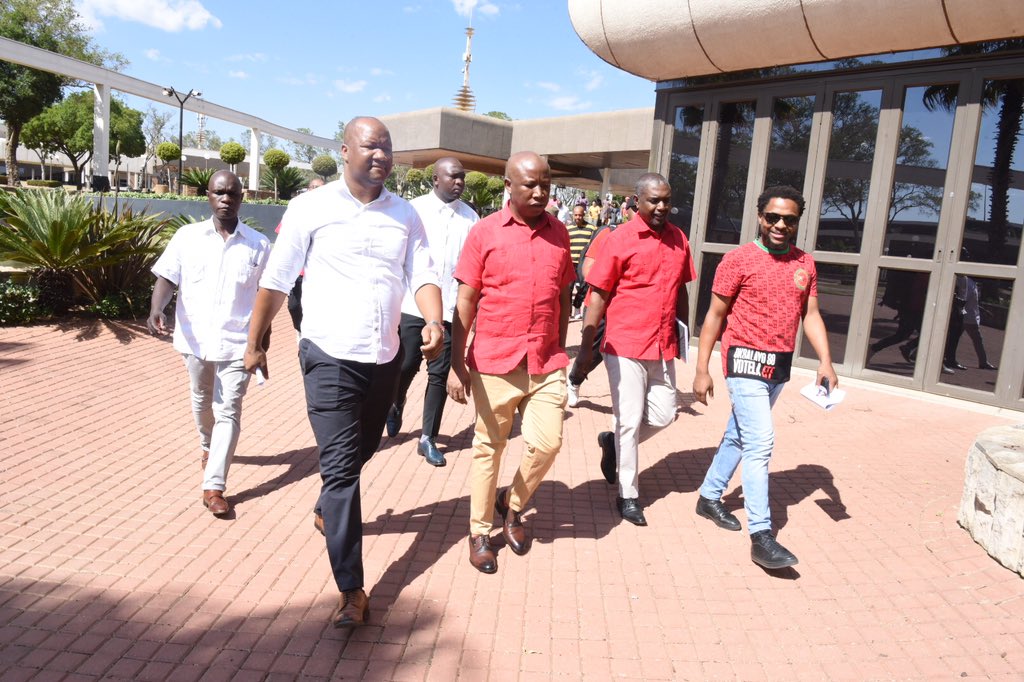 All EFF members hoping to contest for national leadership positions will have to be nominated, without exception, says party leader Julius Malema.

He said it was all systems go for the party’s elective conference in December.

The EFF is set to announce its new leadership and policy direction during its second conference since its establishment in 2014.

Initially it was reported that current chair and legal guru Dali Mpofu would not return to his current position, but later officials in the party spoke anonymously about him possibly challenging Malema, sparking speculation that factions had emerged.

Speaking at site inspection on Monday, Mpofu said there were no factions in the party, The Citizen reported.

News24 understands from sources in the party that Malema favours KwaZulu-Natal provincial leader Marshall Dlamini for the position of secretary general, to replace Godrich Gardee.

The party insiders also told News24 that Gardee was intent on fighting for his position. National spokesperson Mbuyiseni Ndlozi has also been touted as a possible replacement for Gardee.

Two party leaders have also indicated that deputy secretary general Hlengiwe Hlophe will not be available for another term. One party official told News24 that little-known Poppy Mailola was on Malema’s ticket to replace Hlophe.

This follows a City Press article in which it was reported that a video shows Mpumalanga chair Collen Sedibe telling branch members the conference at Nasrec was just a formality.

Malema told journalists that nominations for party leaders would be taken from the floor to avoid factional battles.

He said all six of the party’s leaders would make themselves available for positions. He said the party was ready to host the elective conference, adding that provinces had signed off their credentials and that branches had concluded their audits.

He said the implementation of 50-50 gender representation on all party structures would be discussed at the conference. Malema added that 90% of the conference delegates would be from branches and the remainder from regional, provincial and national leadership structures.

The EFF has also solicited new kids on the block Institute of Election Management Services in Africa (IEMSA) to run the elections. The company is headed by former IEC commissioner Terry Tselane.

“We are contesting every position. No position is reserved. No one owns a position, all of us, those who want to stand will be subjected to nomination.”

Malema thanked party structures for their unwillingness to participate in factional battles via the media. He said all talks of contestation and leadership battles had to be coordinated within party structures.

The conference is scheduled to take place between December 13 and 16.