The SACP concedes it will need to look into broadening its support base among communities if it plans to survive beyond its alliance with the ANC. 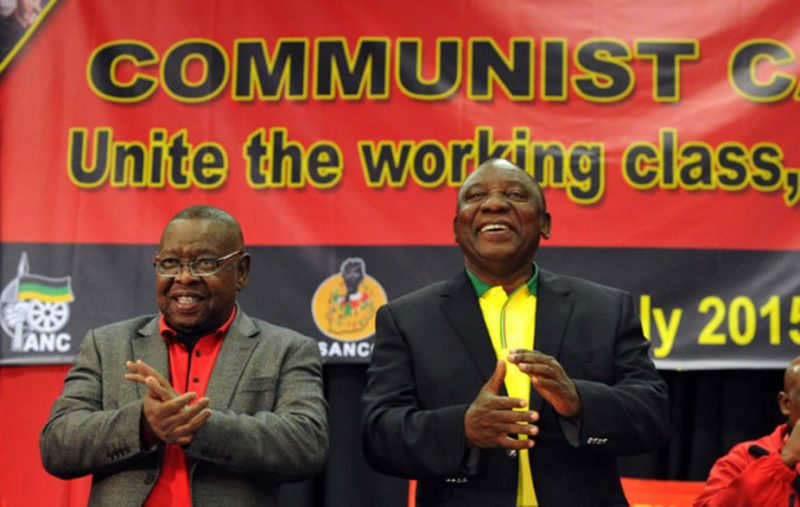 The South African Communist Party (SACP) has painted a bleak picture of the ANC’s chances of securing a mandate to govern when the votes for the 2021 municipal elections and 2024 general polls have been counted.

The communist party’s concerns are detailed in its draft discussion document, prepared for consideration at its fourth special national congress to be held next month.

In the document, the SACP concedes it will need to look into broadening its support base among communities if it plans to survive beyond its alliance with the ANC.

The document also details how the organisation should consider contesting the local government elections on its own.

“While the hope that the presidency [of] Cyril Ramaphosa will renew and unite the ANC, clean up government and [state-owned enterprises] has given the ANC breathing space, it is absolutely clear that the 2021 local and the 2024 national and provincial elections will not give a mandate to the ANC to remain in government unless the service delivery weaknesses and the corruption and looting have been eradicated and the financial and economic situation of each family has significantly improved. The prospects of achieving this faces serious challenges,” the document reads.

This is the first clear indicator of growing concerns from within the tripartite alliance that the ANC is in trouble.

The ANC was given a scare during this year’s general elections, receiving less than 60% of the share of national votes – its poorest showing since the first democratic elections in 1994.

Shortly after the elections, the political fallout within the party was evident when head of elections Fikile Mbalula and secretary-general Ace Magashule could not agree on who or what was responsible for the party’s showing.

SACP national spokesperson Alex Mashilo said while Ramaphosa could not rebrand the party on his own and needs the support of the alliance, there were no blank cheques.

“It doesn’t pretend that it is going to be easy to eradicate these challenges. That document doesn’t say it is impossible to deal with these problems. It is saying, it is going to be difficult and there is no way it will take one man to succeed,” Mashilo added.

The SACP has in the past advocated for a reconfigured alliance which would see it, civic organisation Sanco and trade union federation Cosatu given more pronounced powers and responsibilities by their perceived big brother, the ANC.

In the past, to demonstrate its frustration, the SACP has sought to contest elections in some ANC-governed wards. Several years ago, the party indicated its ambition to contest certain municipalities during the 2016 elections, but it abandoned its plans after consulting with Luthuli House.

In the discussion document, the party says any decision on how to contest elections on its own must be informed by an accurate analysis on how potential voters would receive and respond to a communist-led election campaign. The party adds that it is imperative that electoral research is done to inform the deliberations at the congress.

“Election victory is not only dependent on the attitude of the voters, it is also informed by the election manifesto of political parties, fronts or coalitions – the SACP has yet to engage on what the content of an election manifesto could be. Perhaps, one of the most distinctive dimensions in [an] electoral victory is the organisational capacity to translate the sympathy of potential voters into actual marked ballot papers on voting day,” the party adds.

In relation to the 2021 local government elections, the party acknowledges it will be faced with a challenge of mobilising party support but adds that it has a scope to create modalities to appeal to specific municipalities and wards.

“Both preparations for the local government elections and for SACP centenary celebration in 2021 require a deepening of our knowledge of our party history and of our ideological coherence as a vanguard party, as well as strengthening of the organisational and campaigning capacity of the SACP.”