‘The wheels of justice are indeed turning’ – Steenhuisen on Bongo arrest

He hoped this would serve as an encouragement to South Africans who might feel despondent at what often felt like a lack of justice and accountability. 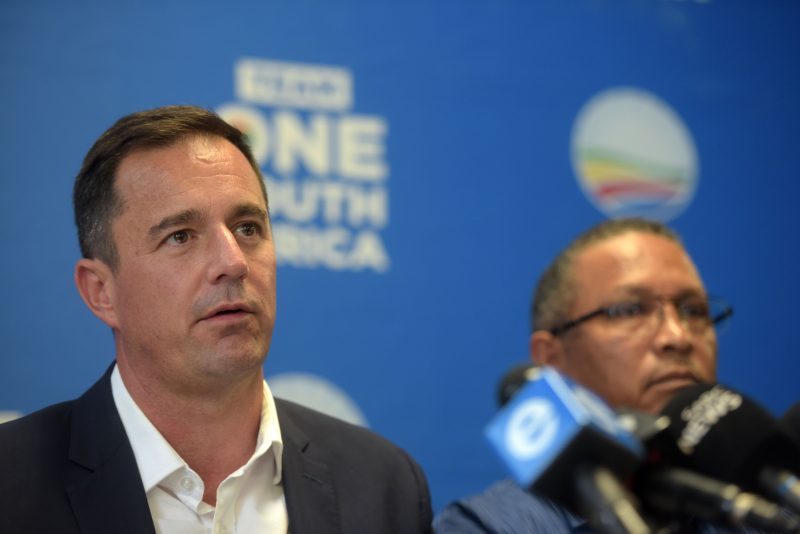 DA interim leader John Steenhuisen, who in October 2017 laid a corruption charge against then-minister of state security Bongani Bongo, has said the MP’s arrest shows that “if we all stick to our guns and do the hard yards, we can eventually fix every part of our troubled nation”.

Bongo, now an ANC MP and chairperson of the portfolio committee on home affairs, was arrested on Wednesday evening and appeared in the Cape Town Magistrate’s Court on Thursday morning on a charge of corruption. He was released on bail of R5,000.

He is accused of trying to disrupt a parliamentary inquiry into state capture at power utility Eskom on October 10, 2017, by allegedly attempting to bribe the inquiry’s evidence leader, advocate Ntuthuzelo Vanara, who reported him to the speaker of the National Assembly.

Addressing the Parliamentary Press Club on Thursday, Steenhuisen said: “Building, strengthening and defending our democracy is not an overnight job. You have to do the hard yards – there are no shortcuts. But if you persevere, the results will eventually come.”

He added he welcomed Bongo’s arrest.

“It is encouraging to see that the wheels of justice are indeed turning.”

Steenhuisen recalled how he laid the charges on November 22, 2017, when he was still DA chief whip.

“At the time there were the usual voices who questioned this, asking ‘what is the point?’

“The point is this: If you want to turn things around, you have to be prepared to put in the work every step of the way. In this case, it began with laying the charges in 2017, but it also involved continuously fighting for better resources for the NPA [National Prosecuting Authority], as well as fighting for the depoliticisation of the institution.”

He said he hoped Bongo’s arrest and prosecution would serve as an encouragement to South Africans who might feel despondent at what often felt like a lack of justice and accountability.

“It may be two years down the line, but it’s happening. And if we all stick to our guns and do the hard yards, we can eventually fix every part of our troubled nation,” Steenhuisen added.

The ANC caucus “noted” Bongo’s arrest and court appearance, but its chief whip, Pemmy Majodina, said the party would not comment “as we want to allow the law to take its course”.

Bongo has indicated he will make representations to the NPA.

Apart from the criminal case, he is also facing a probe by parliament’s joint committee on ethics and members’ interests. This investigation was revived by the Sixth Parliament after Bongo’s legal attempts to scupper it failed earlier this year.

Steenhuisen decried the “moribund nature” of the ethics committee and said MPs could not hold the executive accountable if they do not hold themselves accountable.