ANC must be more race and gender inclusive – Ramaphosa

The ANC must do more to be inclusive of all races and to promote the interests of women, party president Cyril Ramaphosa said during the OR Tambo Memorial Lecture in Limpopo over the weekend. 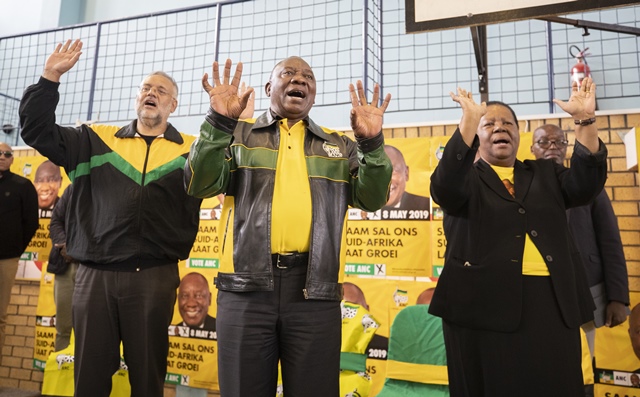 Addressing supporters in Lephalale on Sunday, Ramaphosa said they must reinforce the non-racial character of the ANC.

Fifty years after a decision at a conference to open membership to all races, he said they had to acknowledge the work that still had to be done to establish the ANC as a home for all South Africans.

“In recent elections, there has been a decline in ANC support in coloured and Indian communities, and no increase in white communities. This is reflected too in the composition of our membership and leadership,” said Ramaphosa.

“We need to take measures to ensure that in our recruitment, in our structures and in our programmes, we promote greater inclusivity and diversity.”

Quoting OR Tambo, he said they had to break down barriers of division and create a country where “there will be neither whites nor blacks, just South Africans, free and united in diversity”.

Attention should also be given to empowering and advancing the interests of women.

“We must banish gender discrimination in every area of society, from the home to the factory, to the corridors of power. It is our revolutionary task to take up the fight against crime and all forms of violence, including the violence that is perpetrated by men against women and children,” he said.

The 16 Days of Activism Against Gender-Based Violence campaign kicks off on Monday.

Ramaphosa said people could not be liberated, or their lives improved, as long as men attacked and murdered women.

The ANC also had to look internally at gender equality and women’s empowerment.

He said the party had embraced equal representation in all its structures.

“While we work to ensure that this principle is applied uniformly and consistently, our greater task is to ensure that women are able to join the movement, participate equally in all its activities and advance to occupy positions of leadership,” he said.

“We need to confront patriarchal attitudes and practices, take measures to promote the role of women within the movement, and to combat all forms of sexism, chauvinism and discrimination.”