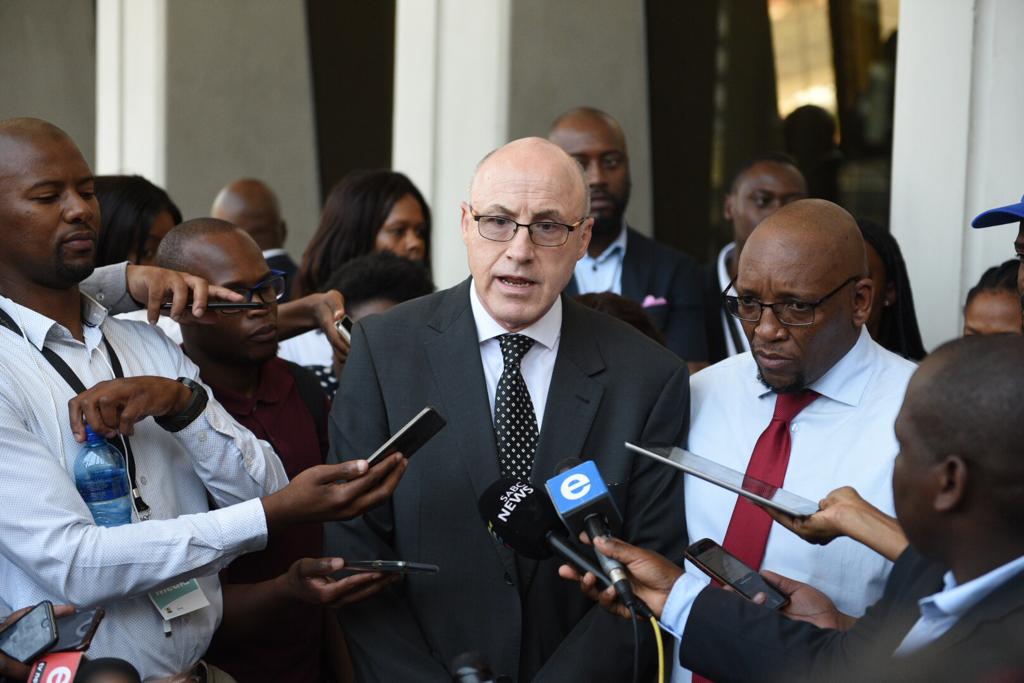 The three major parties in the City of Johannesburg council will have to go back to the drawing board to ensure their respective candidates take over as mayor after the mayoral election was postponed on Thursday.

Council speaker Vasco da Gama postponed the election to December 4, citing a need for legal opinion on the interpretation of the Municipal Structures Act and council rules on council majority.

Da Gama said council rules stipulate a 50% plus one majority rule during council elections but there is ambiguity in the Municipal Structures Act.

Only one councillor, who died, was absent during the council sitting.

The ANC has resolved to seek a legal opinion of its own, and has even threatened to go to court for clarity on council rules.

The party labelled the move by the DA speaker as an attempt to postpone the elections, which the ANC firmly believed would have gone its way.

But the DA defended its speaker’s decision, saying it was the correct and proper thing to do.

“[He is] going to an advocate to resolve what is clearly an ambiguity of the law which just says a majority, to ask to define what a majority is. Yes, the council standing rules do require an outright majority of all 270 councillors. However, does the law, which is undefined, trump the standing rules of council? We need a clear definition.”

The party added that he believed all parties would find each other on the common interpretation of the law.

EFF deputy president Floyd Shivambu said the EFF’s interpretation of 50% plus one constituted an election win.

Shivambu reiterated that the party would continue to field its mayoral candidate, Musa Novela.

“The intense discussion we had was, what is the common interpretation of the structures act so that we do not constitute an executive that is not sound in terms of the legal basis? We did not want to have an outcome here which could have produced a mayor who is elected by less than 50% of the councillors in the City of Johannesburg.”

ANC acting national spokesperson Dakota Legoete did not mince his words and accused the DA of instigating civil warfare. He added that the postponement was a mockery of the country’s democracy.

“This is just bad for democracy because this is how civil war starts. It’s irresponsible… when they are in charge, they don’t want to lose.”

Legoete also zeroed in on Da Gama, calling him lazy, mediocre, a bully and irresponsible. He added that it was incumbent upon the speaker to seek legal counsel before convening a special sitting.

“To come right into council and say you want a legal opinion, that is pure criminality. The DA is just postponing their pain, they are just postponing what is a reality that is coming to them. This is just a breach of the law. Today, council quorated. There is no way that 269 councillors out of 270 isn’t 40%. What transpired here is a pure fabrication and frivolous story. They have connived. They have colluded to run away from this council meeting.”

Legoete added that what was more concerning was that service delivery would be hampered by the actions of the DA. He said the party would go to the courts and possibly speak to the masses about the matter.