'This act of arson is a major setback for the ANC-led government to provide world class learning infrastructure across the province,' Modise said. 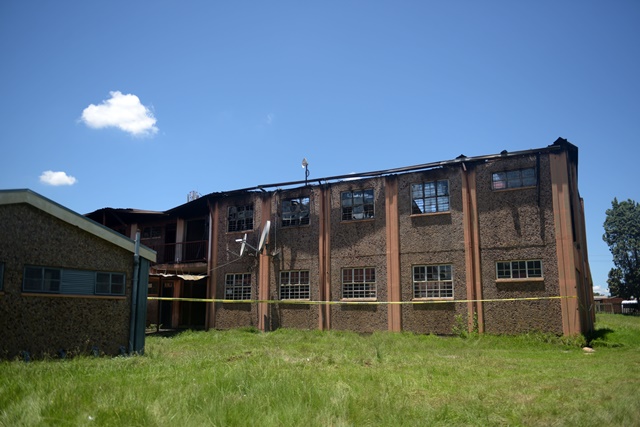 Tokelo Secondary School in Evaton is pictured following a fire that destroyed classrooms as well as a storage room for stationery and textbooks, 2 January 2020, the fire is believed to have been caused by arson. Picture: Tracy Lee Stark

The ANC in Gauteng has called for the arsonists who torched four high school classrooms to the ground to rot in jail.

Gauteng Education MEC Panyaza Lesufi revealed earlier that damages to the four ICT classrooms at Tokelo High School in Evaton, which was burned to ashes on Thursday morning, amounted to R4m.

Gauteng ANC spokesperson Bones Modise said the ANC was of the view the burning of the ICT classrooms and learning material at the school was an act of sabotage which was aimed at undermining the future of the country’s children.

“We call on the community of Evaton to work with the police to help bring to book those responsible for this callous act of cowardice.

“This act of arson is a major setback for the ANC-led government to provide world class learning infrastructure across the province,” Modise said.

He added the future of Gauteng and that of the country depended on “our ability to produce the kind of skills, especially in the context of the fourth industrial revolution, that will enable South Africa to be globally competitive”.

“Central to this is ensuring that we provide quality education and excellent infrastructure.

“We commend the firefighters who managed to extinguish the fire, thus preventing further damage to the school. Unfortunately, four ICT classrooms were burned to ashes, while learner material retrievals and new stock that was temporarily stored in one room were all destroyed in the fire.

“Law enforcement agencies working on this case should leave no stone unturned to ensure perpetrators get to face the might of the law,” Modise said.