ANC, allies to take a stand against racism, police brutality on Black Friday

Zeroing in on the acts of the ANC's own government, the alliance secretariat said its campaign wanted to take a stand against acts of brutality meted out by the police and security forces. 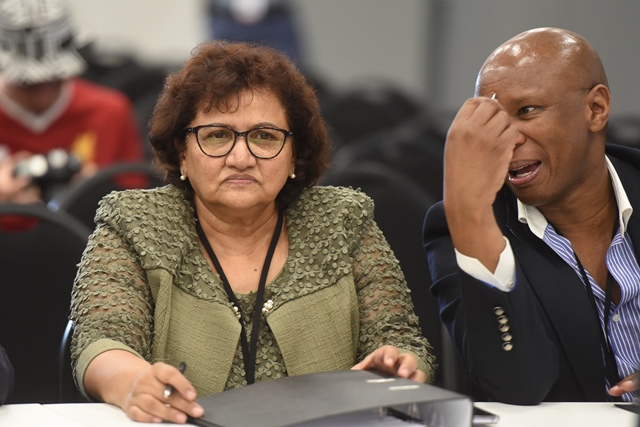 President Cyril Ramaphosa will lead the ANC and its alliance partners in the launch of their Black Friday anti-racism campaign on Friday.

This will also be used to take a stand against the country’s own security forces which have allegedly been responsible for the deaths of citizens during the national lockdown.

This in the wake of global protests calling for an end to race-based discrimination following the killing of George Floyd, an African-American man in the US by police officers last week.

The ANC’s deputy secretary-general, Jessie Duarte, said the campaign, which will be launched on Friday at 7pm, was not only to stand in solidarity with Americans but would also seek to highlight racism in South Africa.

“Racism in South Africa is alive, it’s something we need to campaign against and internalise in the psyche of our nation. It is something we are struggling with,” said Duarte.

She was speaking at a virtual media briefing held by the ANC-led alliance secretariat following a day of deliberations.

Leaders from the SACP and trade union federation Cosatu were also in attendance.

Cosatu’s general-secretary, Bheki Ntshalintshali, said the decision for people to wear black as part of the campaign was meant to conscientise them as they would be deciding whether to remain neutral or to take a stand against racial discrimination.

“It shows solidarity with the victims, that they are not alone. That together we stand. It also sends a message to the perpetrators that there are many people outside who say your actions are not warranted,” he added.

The alliance partners also expressed their disapproval of attacks levelled against Cooperative Governance and Traditional Affairs Minister Dr Nkosazana Dlamini-Zuma, who was recently depicted as an ape on social media.

Duarte said in the country, racism reflected itself based on the institutionalised segregated system that was in place before the dawn of democracy and this reflected across both economic and social spheres.

“If we examine social media and the kind of racist remarks that are made about people, and recently comparing Dr Nkosazana Dlamini-Zuma to an insect, transforming her face into the face of a monkey, are things we must take quite seriously.

“It means that despite our quest for a non-racial society, we need to do a great deal of work to liberate the minds of people who have not yet understood they live in a country that is a non-racial society and it is never going to change,” she added.

Zeroing in on the acts of the ANC’s own government, the alliance secretariat said its campaign wanted to take a stand against acts of brutality meted out by the police and security forces.

“The deaths of citizens at the hands of the security forces are of deep concern to the alliance. Security forces, as set out in our Constitution, must secure the safety of communities and act against crime,” said Duarte.

The secretariat also launched a Covid-19 framework document to guide the country’s approach to the deadly pandemic.

The document deals with getting necessary equipment for treatment, the preparation of health facilities as well as ensuring other diseases are not neglected and build the National Health Insurance capacity and also deal with hunger.