Several other delegates said the proposal was an attack on property rights that could kill end up killing the sector.

A proposal to control rental prices in DA-run cities was thrown in the dustbin at the party’s congress, where it was described as “so far to the left, not even the ANC or EFF ever proposed it”.

Several other delegates said the proposal was an attack on property rights that could kill end up killing the sector.

On Sunday morning, delegates at the conference voted against it and the party was asked to flesh out social housing plans instead.

Martin Meyer, DA MPL in the KwaZulu-Natal legislature, proposed the resolution, saying that the DA recognised that cities were still plagued by the impact of apartheid spatial planning.

Meyer proposed that in DA-run metro governments, rental for City-owned residential property should not increase by more than the property inflation rate.

The resolution also noted that 23% of South Africans spend between 11% and 20% of their income on transport, and that rental increases and gentrification made it harder for working-class families to live closer to economic opportunities in the metros.

But there was fierce opposition to the proposal.

DA MP Dean Macpherson said price control was illegal in terms of the Competition Act and therefore could not be entertained.

He said: This proposal is so far to the left that not even the ANC or EFF have ever proposed rent control. We also cannot destroy investment in the property sector, by capping people’s returns. If your rent is linked to inflation, what if inflation is 10% or 20%…does it mean property owners can increase rent by that amount. What we cannot do is prescribe to our DA government what policies they should implement.

“It reduces the quantity and quality of houses available. In short, it creates artificial demand by freezing rentals, but it will kill supply as property developers are discouraged to develop. The result is the victimisation of property owners. It is an attack on private property rights,” he said.

Western Cape Human Settlements MEC Tertius Simmers said the conundrum of adequate housing could not be addressed by such a simplistic resolution.

Will the SABC hit back at the ANC after Mbalula's ramblings?
1 hour ago
1 hour ago
PREMIUM! 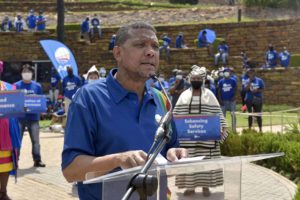 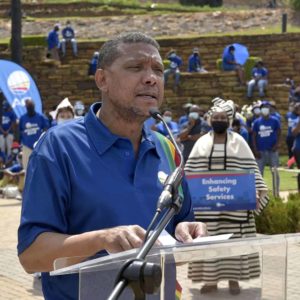 Will the SABC hit back at the ANC after Mbalula's ramblings?
1 hour ago
1 hour ago
PREMIUM!