Zuma must go to Zondo commission like everyone else, Lamola says

The justice minister said the Zuma must subject himself to the same laws as everyone else, while slamming those measuring Zuma's defiance against the low standard set by apartheid president PW Botha. 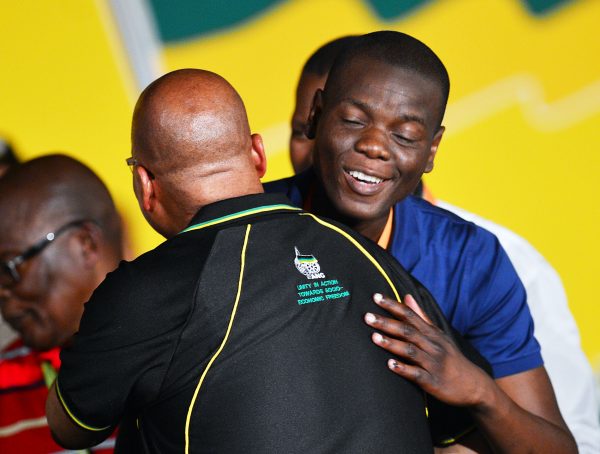 Former president Jacob Zuma must avail himself to the Commission of Inquiry into State Capture like everyone else, Justice and Correctional Services minister Ronald Lamola has charged, saying there could not be political expediency on matters of principle.

“We were the majority [party] in the crafting of the Constitution and we decided that we want a constitutional democracy and not a parliamentary kind of supremacy as it was the case under apartheid. So in the current society that we have constructed, the Constitution reigns supreme…” said the minister.

Zuma has dared the might of the law and refused to cooperate with the commission, despite a ruling by the Constitutional Court (ConCourt) compelling him to do so.

Complying is an ANC resolution

Speaking during a virtual discussion on Thursday, Lamola said it was the 2017 ANC Nasrec conference that had reaffirmed that the state must establish the Commission of Inquiry into State Capture.

“The Nasrec conference has the resolution about the state capture, what must happen, and have called on all members of the ANC to support the work of the commission… To those with cases to answer, our message is clear, they must face the full might of the law. Irrespective of their positions or political affiliation,” Lamola, who is also a member of the governing party’s national executive committee (NEC), said.

“…our attitude is that the commission needs to have a life of its own and Zuma himself, when he established the commission has called for all of us to support its work, not to impede its work, so we expect that everyone who is called upon by the commission, including Zuma, either through voluntary channels or through subpoenas, is going to answer accordingly and respond in a positive manner,” he said.

Trying to be like PW Botha is setting the bar low

He further rubbished the assertion by ANC secretary-general Ace Magashule’s that Zuma had done nothing wrong by refusing to cooperate with the commission as nothing was done to apartheid president PW Botha after refusing to appear before the Truth and Reconciliation Commission.

He said Botha was taken to task and charged for snubbing the TRC but said this charge was overturned by the Supreme Court of Appeal, which had found that the TRC did not follow its own procedures in calling him to give testimony.

The State Capture Commission has announced its intention to open a criminal case against Zuma for failing to appear last month and considering further steps should he fail to appear again this month.

Lamola said the National Prosecuting Authority (NPA) was at an advanced stage of rebuilding itself, including the appointment of four advocates in strategic positions as part of the fight against serious crime, including sexual and gender-based violence, and corruption.

He said more than 70 case dockets were being attended to, with the key focus being the security sector, state-owned enterprises, and high-level public and private corruption.

Lamola said the fight against corruption was intensified systematically during the 2019-2020 financial year, with several short- and long-term initiatives being implemented.

He said this had resulted in a 17.8% increase in the number of persons convicted for either public or private sector corruption, saying a 94% conviction rate was obtained through the finalisation of 422 cases with a verdict of guilty for 416 people.

“The Asset Forfeiture Unit [AFU] and Special Investigating Unit [SIU] combined has recovered R801 million. The SIU on its own has managed to ensure that R4.3 billion worth of [dodgy] contracts were set aside. Despite all this progress which I think commendable. SA scored 44 on the corruption index, which shows little progress according to transparency international index,” the minister said.

He added that admittedly, some of the Covid-19 procurement processes had corruption concerns and continue to cast doubt on the ability to build a capable state.