Steenhuisen made headlines on Sunday when he told the Sunday Times his party was ready to team up with the ANC only on condition the ANC retains Ramaphosa as president. 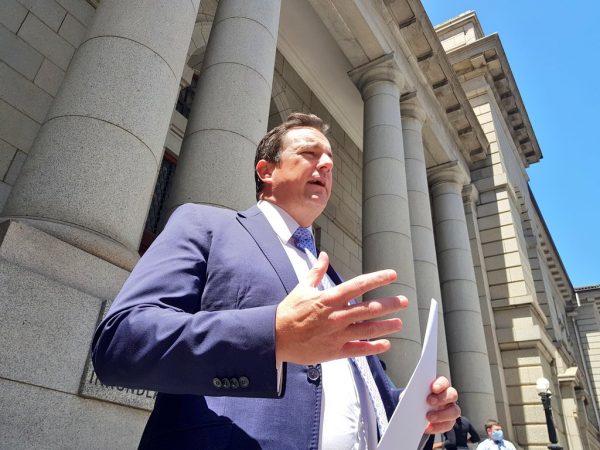 DA leader John Steenhuisen and federal chairperson Helen Zille will on Wednesday give clarity on the party’s stance on a coalition with the ANC government.

Steenhuisen made headlines on Sunday when he told the Sunday Times his party was ready to team up with the ANC only on condition the ANC retains Ramaphosa as president.

UPDATE: ‘I never said DA will enter into a coalition with ANC’ – Steenhuisen

He told the paper the DA would not support any motion of no confidence tabled against Ramaphosa by any political party in the National Assembly.

This was heavily criticised by many, including former DA leader Mmusi Maimane.

He labelled this as a concession of defeat long before the start of the coming local government elections.

“The DA is saying they are open to a coalition with some factions of the ANC as long as Cyril Ramaphosa is the president. They are officially out of opposition and are now themselves a faction of the ANC. It’s an admission of defeat. A recognition that they can’t grow,” tweeted Maimane.

Maimane was retaliating at what looked like a swipe at him by Steenhuisen after he had said the party’s lacklustre performance at the national polls in 2019 was a result of a lack of identity.

“People didn’t know who we were, what we were standing for, and what the DA  was trying to achieve,” Steenhuisen told the paper.

“TheDA tried to focus too much on the trick shots rather than getting the messaging right. The messaging was diffused.”