Malema: Ask Zondo to share what he discussed with Zuma

In November last year, Zondo told the commission that he had been to Zuma's house to discuss an issue of 'public importance'. 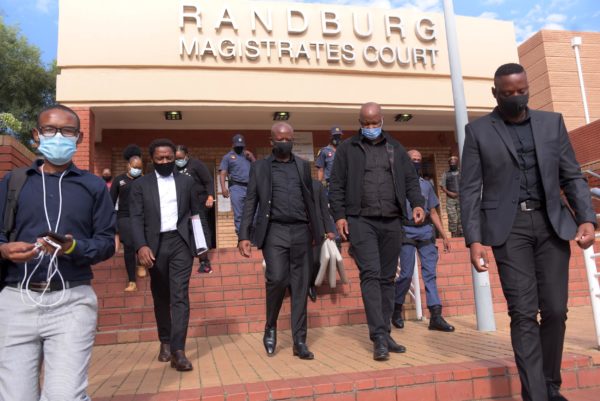 EFF leader Julius Malema says he will not discuss what he discussed with former president Jacob Zuma in Nkandla last month.

Addressing supporters outside the Randburg Magistrate’s Court on Wednesday, Malema said he had no personal or political relationship with Zuma. He said he went there to discuss matters of national importance in a three-hour, charged meeting.

On what the two discussed, Malema said he would only divulge the details after the chairperson of the Commission of Inquiry into Allegations of State Capture, Raymond Zondo, tells the world what he discussed with Zuma when he went to his house.

In November last year, Zondo told the commission he had been to Zuma’s home to discuss an issue of “public importance”.

“There were two or more occasions when Mr Zuma was not in government when he asked for a meeting with me and I agreed to meet him. I think this would have been somewhere between 2005 and 2007. He was staying in a hotel in Durban and I met him,” Zondo said.

“There was one time when I also asked for a meeting with him about 13 or 14 years ago when he was still out of government and I met him in his Forest Town house in Johannesburg. On that occasion, I wanted to raise with him a matter that I consider of public importance.

“When Mr Zuma’s late wife passed on many years ago, I, like many other people did go to his official residence as the then deputy president to see the family.”

Malema has questioned why no one was curious about what matter of public importance Zondo discussed with Zuma.

“I’ve got no relationship with former president Jacob Zuma. I went to have a meeting with him to discuss matters of national interest.

“A whole sitting judge went to the house of politicians to discuss matters of national interest. Before you get that answer from Zondo, I will never answer that question, because I have no obligation to tell you. No judges should be going to houses of politicians,” he said.

Malema said he would meet anyone he liked if the need arose and no one would stop him.

“If it means going to meet with Zuma again, I’ll go. No one can stop me from doing that. As long as Zondo doesn’t answer that question, I’m not at liberty to discuss what I discussed with Zuma,” he said.