WATCH: Niehaus blasts ANC MPs for voting with the ‘enemy’ 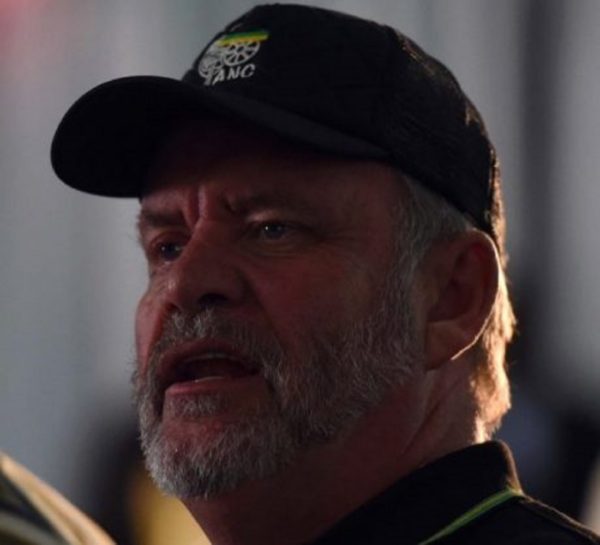 Umkhonto we Sizwe Military Veterans Association (MKMVA) spokesman Carl Niehaus has slammed ANC MPs who voted this week in favour of establishing a parliamentary inquiry to investigate Public Protector Busisiwe Mkhwebane’s fitness to hold office, saying their votes were a betrayal of the governing party.

Niehaus, speaking in his personal capacity, on Thursday said the instruction by ANC national chair Gwede Mantashe for the party’s MPs to toe the line and support the Democratic Alliance’s (DA) motion was in contravention of the ANC’s constitution.

He said the party’s constitution clearly prohibits members from voting with the opposition parties that are not aligned to the aims and objectives of the ANC.

“I’m absolutely convinced that it is in contravention of the constitution of ANC… it cannot be the aims, objectives and policy of the ANC as the preeminent liberation movement in South Africa to support the activities of a racist party such as the DA,” said Niehaus, in a video posted on his YouTube channel.

Niehaus also backed ANC secretary-general Ace Magashule’s views that the vote for the DA’s motion was a vote for the enemy.

“The secretary-general of the ANC, comrade Ace Magashule, was absolutely correct when he described the DA as the enemy. To vote on behalf of the enemy for a motion that was tabled by the enemy is treasonous,” he said.

Magashule on Thursday threw his weight behind ANC MPs who did not participate in the vote in parliament. He told Durban-based radio station Gagasi FM the MPs did the right thing by refusing to “sleep with the enemy”.

About 62 ANC MPs did not participate in hybrid plenary in the National Assembly. Niehaus said they chose to log out of the session because they were not given a chance to express their objection to establishing the inquiry during their caucus meeting with Mantashe and ANC treasurer-general Paul Mashatile.

“It is an utter shame that members of the national office bearers of the ANC addressed members of the parliamentary caucus and told them to vote for this motion. It is also an outrage that when those ANC MPs wanted to raise their concerns and raised their hands to object, they were not allowed to speak. It is in contradiction of all the democratic processes that the ANC stands for and should stand for,” Niehaus said.

“I salute those 62 members of the ANC who logged out of the parliamentary virtual Zoom meeting and did not participate in this vote, which contradicted everything in every possible way that the ANC should stand for.”

November elections are the opposition’s best chance in 27 years
2 days ago
2 days ago
PREMIUM!

November elections are the opposition’s best chance in 27 years
2 days ago
2 days ago
PREMIUM!