Cape Town mayoral committee member for safety and security JP Smith says the video was edited to only show the mayor losing his cool and not what happened before. 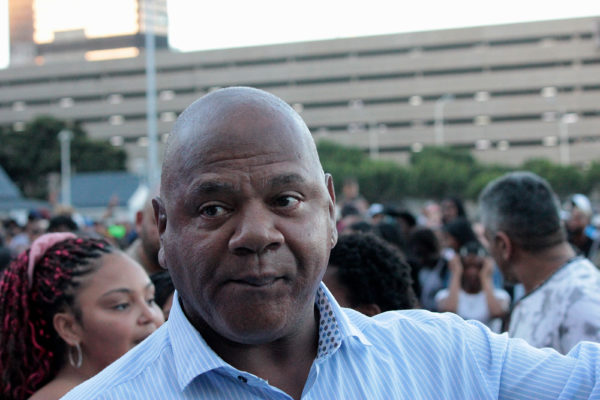 Cape Town mayor Dan Plato has been called out for telling a resident to “shut up” while on his oversight visit to Ocean View on Friday.

In the video, Plato is seen walking with the neighbourhood watch and security team when he loses his temper, turns around and tells a resident to “shut up”.

The altercation almost gets physical before his security team intervenes as SAPS officers pull the man away from the mayor.

Plato has been criticised on social media with some calling for his resignation.

Cape Town mayoral committee member for safety and security JP Smith, however, says the video was edited to only show the mayor losing his cool and not what happened before.

Smith told Refilwe Moloto on Cape Talk there was an intention to disrupt the event. He said the mayor was pushed, shoved and jostled before losing his temper and telling the man to leave him alone.

This is how cape town mayor dan plato responded when questioned by a community member of ocean view pic.twitter.com/DYTeFH9tEA

“The city is doing everything it can to compensate for the gradual decay of our policing capabilities and bolstering neighbourhood watches,” Smith said.

“I’m pretty sure the video has been highly selectively edited but it became unpleasant to the point where one gentleman was constantly on the mayor’s back shouting at the back of the mayor’s head. Security staff then pushed him back. It was cheap politics.

“After getting the provocation they were looking for they left and went about recording videos on street corners. It’s election time and political parties like this seeking to gain favour will play these kind of political games with serious issues.

“He was pushing, shoving, jostling and stepping on his heels for about a kilometre. If it happened to any other public figure they would not have tolerated it either. It’s not a resident, it’s an activist of a political party playing political games,” said Smith.