The guilty verdicts are linked to Mahumapelo and Bitsa Lenkopane instituting parallel ANC rallies which sought to sow division in the province. 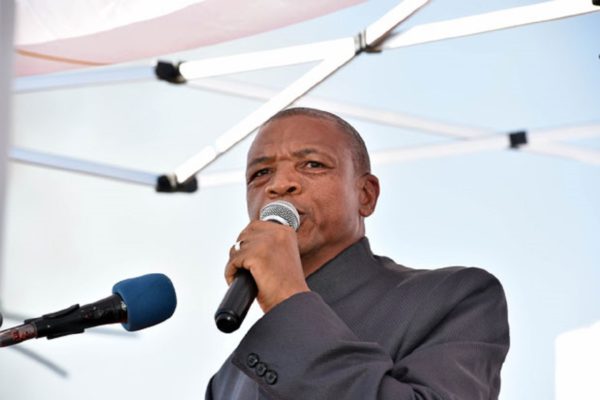 Former premier of the North West province and current ANC member of Parliament (MP), Supra Mahumapelo, has suspended from the ruling party for five years.

This after he was found guilty of misconduct, along with provincial ANC Women’s League acting secretary Bitsa Lenkopane, by the North West provincial disciplinary committee (PDC). The hearings were held on Monday and Tuesday (26-27 April).

“After considering the aggravating factors as submitted by the presenter of evidence on behalf of the ANC represented by the IPC in the North West province, the committee therefore concluded on the following, that both members are hereby suspended from the ANC for a period of five years with immediate effect. That both respondents must be removed from the lists of public representatives of the ANC,” said PDC chairperson Wendy Matsemela.

Mahumapelo will have to be replaced as MP and Lenkopane as member of the provincial legislature (MPL), and News24 reported that part of his sanction includes subjecting himself to a mentorship programme for political leadership, under former president Thabo Mbeki’s tutelage, for three years.

“Both respondents are advised of their right in respect of the appeal or review the verdict or sanctions accordingly with the national disciplinary committee of appeals in terms of rule 25.36 and rule 25.38 of the ANC constitution, respectively. The said application for appeal or review must be lodged with the national disciplinary committee of appeals within 21 days from the date of the receipt of the ruling,” Matsemela said.

ALSO READ: ‘Step aside’ resolution must be suspended, says Mahumapelo

Last week, Mahumapelo was temporarily suspended for publicly telling JB Marks municipality mayor Kgotso Khumalo on 22 March not to resign, despite the mayor having been arrested in 2020 and still facing criminal charges.