The ANC indicated that the leaks of the audio recordings were in violation of the party's communication protocol. 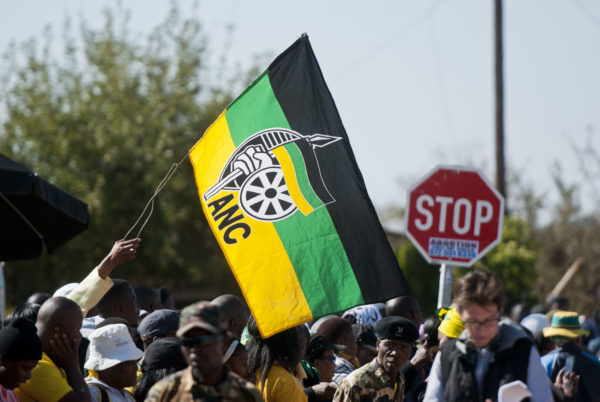 The African National Congress (ANC) has slammed the recently leaked audio recordings from the party’s National Executive Committee (NEC) special meeting deliberations, which have thrust the growing tensions within the party into the spotlight yet again.

The audio recordings emerged on social media, particularly the clip of what has been speculated to be former President Thabo Mbeki.

In the one minute and 34 second clip, Mbeki could be heard summarising concerns expressed by another NEC member, who called for a two- or three-day retreat to discuss the question: “Do we still have any organisation called the ANC?”

The former president also mentioned that ANC Women’s League (ANCWL) leader Bathabile Dlamini and league secretary-general, Meokgo Matuba, told the gathering, on behalf of the league, that the “movement is about to collapse”.

Meanwhile, the ANC has since raised its concern over the leaks.

“The ANC is concerned about the growing tendency of leaking internal discussions of the organization, including the implications of such practice.

“A case in point is the leaking of information to a digital media platform referred to as Insight Factor that has appointed itself to perform the task of giving ‘as it happens’ updates of the NEC.

“We are aware that they are supplied information by their own proxies to further a nefarious task of not only dividing the ANC, but also to drive a particular narrative that goes against the united spirit displayed by the meeting of the NEC currently underway,” ANC national spokesperson Pule Mabe said in a statement on Sunday, 9 May.

Mabe highlighted that the leaks were in violation of the ANC’s communication protocol, which states that “any member who leaks or releases information to the media or public without due authorisation or prior approval, shall be guilty of misconduct.”

“The ANC legal team is looking into this matter of leaks, including the unauthorized dissemination of ANC NEC material across social media platforms,” he added.

Listen to the leaked audios below:

Another leak of ANC treasure general Paul Mashatile also emerged in the public.

In the audio clip, Mashatile can heard discussing a number of matters during the NEC meeting.

LISTEN: Ramaphosa to Zuma: ‘You believe that I’m deceitful and not to be trusted’

The special meeting – which is taking place virtually from Saturday to Monday – will see the NEC discussing matters relating to the 2017 Nasrec conference resolution, Covid-19, the upcoming local government elections and the integrity commission’s reports.

Last month, leaked audio recordings from a meeting between the party’s top six officials and former president Jacob Zuma have been making the rounds on social media platforms.

The leaks include clips from the party’s intense NEC meeting in late March and recordings of ANC president Cyril Ramaphosa and deputy secretary-general Jessie Duarte.

READ NEXT: ANC will be the biggest loser from its internal leaks, says analyst