Nothing will deter us, says Steenhuisen

Despite losing wards at the by-elections last week, Steenhuisen said his party has done its homework. 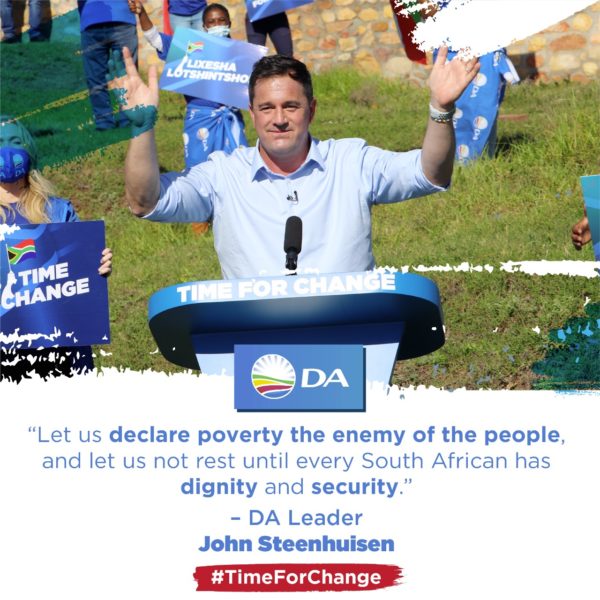 Democratic Alliance (DA) leader John Steenhuisen says nothing will deter the party from its target – the local government elections on 27 October.

Steenhuisen said this during the DA’s virtual rally on Saturday morning, further criticising political parties that have called for the postponement of the elections.

“Not everyone seems to share this urgency and this eagerness to go to the polls in October. Our opponents are trying their best to wriggle their way out of it,” he said.

“They’re either simply not prepared for this campaign, or they fear what voters might say to them on the day. And so they talk about postponing, and they make up excuses.”

But the DA will have none of that, said Steenhuisen.

“The DA is marching confidently towards 27 October, ready for the challenge and the contest. We started our preparations a long time ago, when others were still asleep, and we are ready to take our message to South Africans in every community across the country.

Despite losing wards at the by-elections last week, Steenhuisen said his party has done its homework.

“We have built up our momentum, and we’re now ready to take on the ANC in municipalities across the country, as well as defend our own municipalities,” he said.

“South Africa needs this election, this year, because change cannot wait. I know many South Africans are tired of politics. They’re tired of governments that don’t work and politicians that don’t do what they say. But it doesn’t have to be that way. We need to reignite the flame of democracy.”